India may cut tariffs on 80% of Chinese imports under RCEP 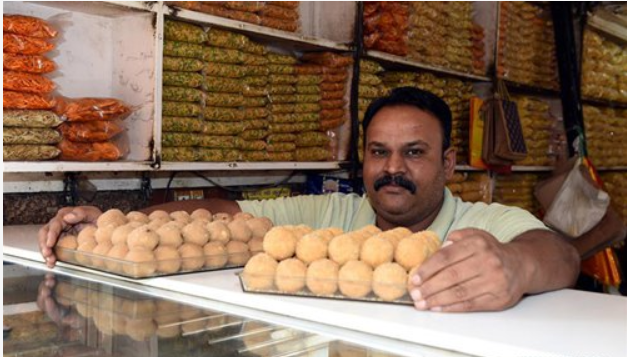 India's plan to cut tariffs on 80 percent of Chinese imports under the Regional Comprehensive Economic Partnership (RCEP) will be welcomed by China, which is willing to import more Indian products to strengthen bilateral ties between the two largest developing countries in the world, experts said.
Experts said the move may also accelerate the conclusion of a final RCEP deal, which aims to create one of the world's largest trading blocs encompassing 45 percent of the world's population and 40 percent of global trade.
Chinese Vice Commerce Minister Wang Shouwen told a press conference on Sunday that, under the current situation, all RCEP economies have realized the importance of quickly reaching a final deal.
Wang said that the pace of RCEP negotiations is now accelerating, particularly in terms of market access, adding that China will support ASEAN countries and continue to play a leading role in next negotiations and will strive for more progress in the coming talks.
These comments came amid reports that India may cut or eliminate tariffs on 80 percent of products imported from China under the RCEP, for which the last round of negotiations are underway in Vietnam, according to a report from economictimes.com on Saturday.
According to the plan, which was described as somehow a "concession" from the Indian side, India would immediately eliminate customs duties on 28 percent of Chinese goods, while tariffs on other imports from China would be reduced or eliminated over a period of five, 10, 15 and 20 years, the report said.
"Discussions with China are underway and the work is in progress. We have still not finalized the offer," the report said, citing an official.
India's proposed move to reduce tariffs on Chinese imports, which was announced amid a trade deficit between the two, will surely be welcomed by China, according to Zhao Gancheng, a research fellow at the Shanghai Institute for International Studies. Talking to the Global Times on Sunday, Zhao added that the world's two largest developing countries would have a broader market to cooperate and advance each other in the future.
In 2018, India-China bilateral trade reached a historic high of $95.54 billion, an increase of 12.7 percent year-on-year. India's exports to China increased 15.2 percent year-on-year, and China's exports to India increased 12.7 percent on a yearly basis.
Nevertheless, the two countries' trade deficit in 2018 climbed to $57.3 billion.
To narrow that trade deficit and return India's goodwill gesture, Zhao said that China is likely to offer more preferential policies to Indian goods under the RCEP, as China hopes to "strengthen the ties between the two very much."
"It also shows that the RCEP has been widely welcomed by its member economies and has good prospects. And developing countries like India are willing to lower tariffs to developed countries in the region," Zhao said.
The RCEP is a 16 nation trade pact that includes the Association of Southeast Asian Nations (ASEAN), along with China, Australia, India, Japan, South Korea and New Zealand.
India plans to cut duties on 86 percent of imports from Australia and New Zealand, and 90 percent for products coming from ASEAN, Japan and South Korea, according to the report.
Experts noted that inclusion in the RCEP will also benefit India's economy as the conclusion of RCEP talks will form a true Asia-Pacific free trade zone, which will generate a development dividend worth hundreds of billions of dollars.
"Improved trade ties and further mutual exemption of tariffs will help China and India to cooperate in the international multilateral system and also in other fields in the future," Zhao said.