India may ease curbs on investment from China to lift growth 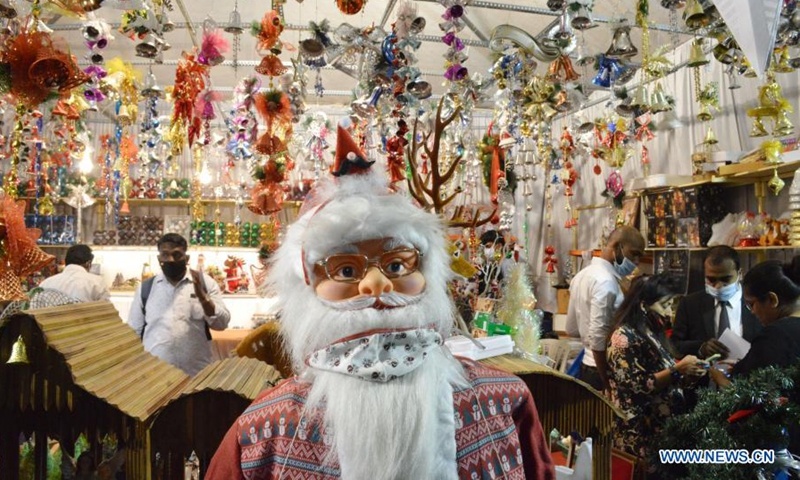 New Delhi reportedly plans to ease restrictions on investment from China, as India remains mired in the pandemic-induced economic recession while it looks for growth opportunities.

Experts said that investment proposals from China's smartphone makers and new-energy companies are expected to be the first to be reviewed.

According to a report by Reuters, the Indian government is poised to approve investment proposals from China. The report quoted officials as saying that projects from "non-sensitive" sectors will be approved.

India has been targeting investments from China amid border tensions. In April 2020, India adjusted its investment regulations so that proposals from entities based in bordering countries would require government approval.

However, the restrictions on Chinese businesses were hurting Indian consumers, as the country lacks alternatives to replace Chinese products, from infrastructure to smartphone apps, said Liu Zongyi, secretary-general of the Research Center for China-South Asia Cooperation at Shanghai Institutes for International Studies.

"China has become a significant investment source for India in recent years, with total investments hitting $10 billion from 2017 to 2019," Liu told the Global Times. "As a country with few domestic industries, India will need a boost in jobs and new technology as its economy is hitting its bottom."

India's economy sustained a heavy blow during the pandemic, with its GDP estimated to contact 7.7 percent in the fiscal year ending March 2021, the biggest contraction in 60 years and the first since 1980. Despite the strict lockdowns imposed by the Modi government, India remains among the countries with the largest number of cases.

The need to lift India's economy and the easing tension along the borders means India will be more open to Chinese investment, but proposals from smartphone makers and new-energy companies will be especially welcomed, while proposals in infrastructure investment might be postponed, Liu said.

"Some of the Chinese smartphone brands, like Xiaomi, have been so deeply integrated with the local market that the plants in India are contributing significantly to smartphone exports," Liu said. "India is also relying on China for around 80 percent of its solar power equipment. They are now indispensible in its new-energy reforms."

However, experts noted that past uncertainties in the Indian market might have dampened the enthusiasm of Chinese investors, and companies might be more cautious this time.

"Bad feelings go both ways, and the chance for the China-India relationship to warm up in the short term is slim," Qian Feng, director of the research department of the National Strategy Institute at Tsinghua University, told the Global Times, adding that Chinese investors can be more conservative when it comes to India, especially after so many Chinese companies' plans were hindered last year.

India's very discriminatory policy against Chinese investments delayed or suspended more than 150 proposals from China worth more than $2 billion, including a proposal by China's Great Wall Motors to acquire a General Motors plant in India.