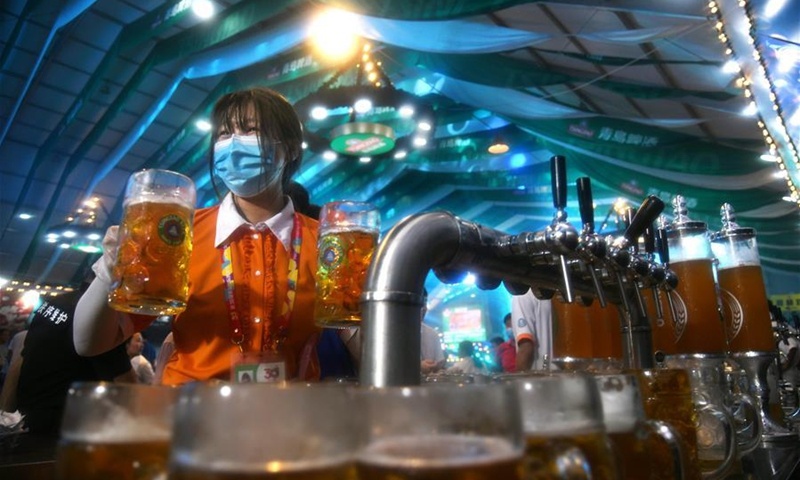 It would be all but impossible to consider India's beer market as a Plan B substitute for Australia, which is grappling with a barley trade spat with China, a major buyer of malting barley for brewing beer, Chinese experts said, urging Canberra to rekindle a relationship that has grown frosty under the Morrison administration.

Based on the results of an 18-month investigation that revealed the serious damage Australia has caused to China's barley sector, China's Commerce Ministry announced in May anti-dumping and anti-subsidy tariffs totaling 80.5 percent on Australian barley imports.

In a fresh sign of the tariff-induced plight confronting Australia's struggling economy, Australian Trade Minister Simon Birmingham said on Sunday that Canberra plans to take its complaints over the barley tariffs to the WTO.

The assumption that the Indian market might become a Plan B for Australian barley growers is unjustified, however, especially when Canberra seems to be looking for a quick fix for the barley quarrel, observers said.

Beer is hardly as popular a drink in India as it is in Europe and China, according to Wang Dehua, director of the Institute of South Asia and Central Asia Studies, Shanghai Municipal Center for International Studies, who has paid multiple visits to India. Alcoholic drinks such as rum and whisky are preferred among locals, Wang told the Global Times on Wednesday.

There may be tremendous potential in the Indian beer market, where young people tend to have a thirst for the beverage, but that would be a long way off as poverty remains a concern, Wang said.

A huge rich-poor gap, compounded by a conspicuous social hierarchy, means it's less likely for beer to be trendy in India, let alone become an alternative market to fill the gap left by China, Chen Hong, a professor and director of the Australian Studies Center at East China Normal University, told the Global Times on Wednesday.

India's beer market was only worth around $7.8 billion in 2019, compared with the US' $105.4 billion market, per the Bloomberg report, quoting Euromonitor research.

China is the largest market globally for beer as measured by volume. The country's beer consumption was estimated to hit 38.3 billion liters last year, compared with the US market with 21.9 billion liters and Germany with 8 billion liters, according to Fitch Solutions data released in March 2019.

Beer is becoming increasingly popular among Chinese youngsters who will fork out for different types of premium craft beer, Chen said.