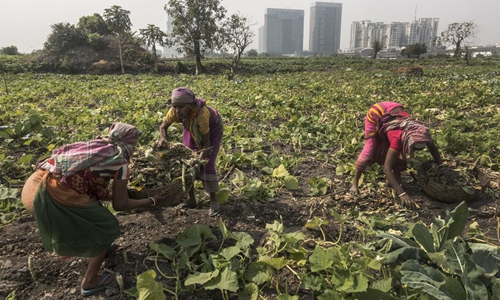 The survey says exports of network products can provide one-quarter of the increase in value-added required for making India a $5 trillion economy by 2025.

Prepared by Chief Economic Advisor of Indian government Krishnamurthy Subramanian, the Economic Survey gives a review of the developments in the economy over the past 12 months and an outlook for the next financial year.

India currently faces an economic slowdown in a decade as growth slipped to 4.5 percent in the July-September quarter. The previous quarter (April to June) showed a growth of 5.0 percent.

The recent slump in GDP was the sixth straight drop in the country's quarterly growth.

Economic data last month released by the government highlighted a prolonged slowdown in the economy. Experts attributed the slump to the poor performance in agriculture and manufacturing sectors. The slump in economic situation has cast a shadow on job opportunities for millions of young people adding each year to the workforce.

The Indian government has set a target of making the country a $5 trillion economy by 2024. In December 2019, Sitharaman said India plans to invest $1.4 trillion in the infrastructure sector in the next five years to achieve the GDP target of $5 trillion by 2024.

The survey said India's aspiration of becoming a $5 trillion economy depends critically on promoting a "pro-business" policy that unleashes the power of competitive markets to generate wealth and weaning away from the "pro-crony" policy that may favor specific private interests, especially powerful incumbents.

Local media said attaining a GDP growth rate of 6 to 6.5 percent in 2020-21 as projected by the Economic Survey will be "challenging" and the government needs to prioritize growth while unleashing bolder policy measures to achieve it.

"The 6-6.5 percent growth pegged by the Economic Survey for 2020-21, is a target that is achievable with the right dose of reforms and public investments," a local newspaper Business Standard quoted CII Director General Chandrajit Banerjee as saying.

The Economic Survey of India is the flagship annual document of the Ministry of Finance. The ministry's Department of Economic Affairs presents the Survey in the Parliament every year, just before the Union Budget.

The Economic Survey holds significance as it also facilitates the common people to know about the current economic situation of the country and makes them aware of the key economic decisions of the government.

The survey also recommends policy changes to the government, which acts as a guidance in framing national policies as it contains forecasts about the economic growth of the country.