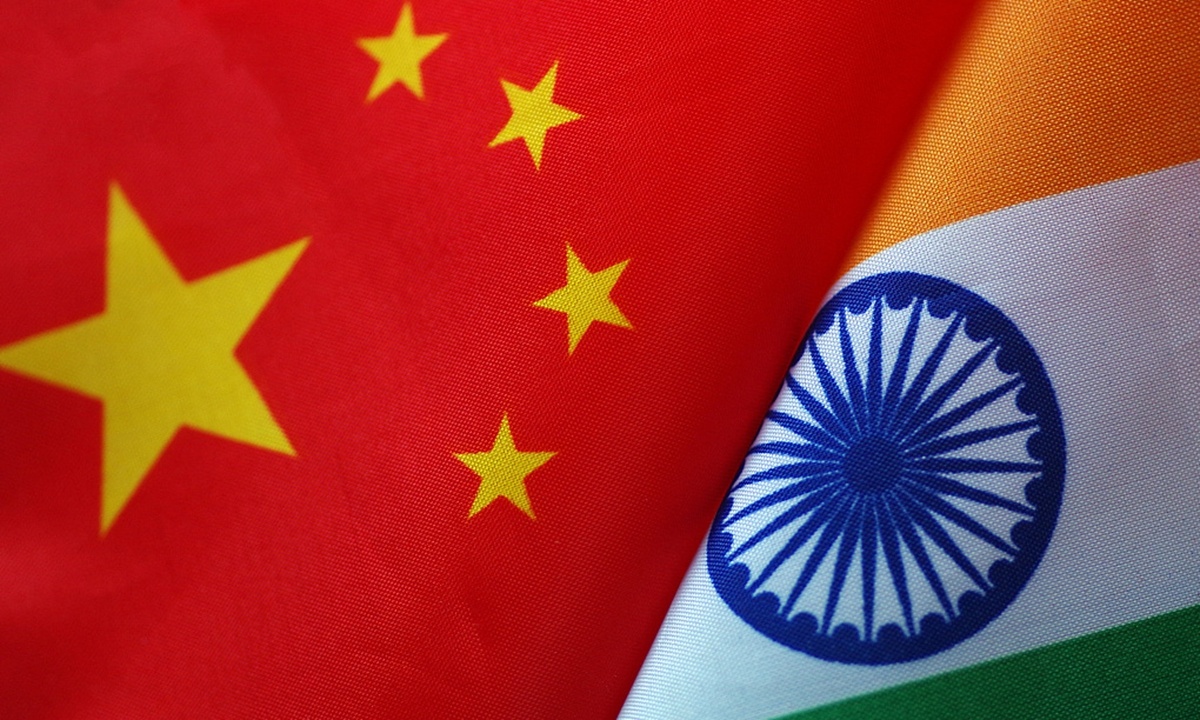 Chinese experts and business representatives welcome the positive signs from the Indian side after some Indian authorities are reportedly considering a plan to lift sanctions on foreign direct investment (FDI) from countries including China against the backdrop of the lowest ebb of bilateral relations in decades. However, given the fact that there are still many uncertain factors, further observation is needed.

The remarks came after the Economic Times reported on Tuesday, citing government officials, that India is considering a plan to allow up to 26 percent FDI from countries with which it shares a land border, including China, without government scrutiny for sectors that are on the automatic route.

The decision is expected to expedite over 100 proposals that have been stalled after India's FDI policy was amended in April, requiring the Indian government's approval mandatory for FDI from border countries, the report said.

India's new Foreign Portfolio Investors launched in April amid the pandemic, sent a clear message of an unfriendly attitude toward foreign investors and slashed the confidence in Chinese businesses.

Tuesday's report could be a sign of improvement in China-India relations, but caution remains considering Indian's one-sided provocation on the border and the blatant squeezing of  Chinese businesses in India, experts said.

For now, only the media has reported that Indian authorities are considering the matter, which has not been officially confirmed, experts said.

"India should take this step, as its irrational stance on Chinese investment is shooting itself in the foot and cannot be sustained, which is reflected in the slump of the Indian economy," Qian Feng, director of the research department at the National Strategy Institute at Tsinghua University, told the Global Times on Tuesday.

This year, India raised restrictions on Chinese investment, especially after the border confrontation, and all sorts of unreasonable retaliatory measures against Chinese investment and enterprises, a move that not only jeopardizes India's efforts to revive its economy but also hurts Indian consumers, experts said.

Sha Jun, executive partner in the India Investment Services Center of Yingke Law Firm, told the Global Times on Tuesday that it is high time India's pent-up demand for foreign investment be released.

"The backlog of projects seeking FDI approval is expected to be approved a few weeks after the new policy is announced," Sha estimated.

India has demonstrated the trend that it is increasing localization requirements for foreign investment, especially Chinese investment, which poses more challenges to Chinese firms operating there, according to Sha. "Chinese firms should put more energy in the talent pool and cultural adaption there."

India's restriction on FDI is expected to be removed gradually according to assessments of different industries. "Industries that are likely to see wider access are real economy related such as machinery, energy, and automation, while industries related to privacy protection and national security such as telecommunications and finance may not be on a fast track," Sha said.

A source with the Chamber of Chinese enterprises in India, surnamed Huang, told the Global Times on Tuesday that India's proposal to ease restrictions on foreign investment is very likely due to the country's severe economic downturn caused by the pandemic.

"It's inevitable India will open up foreign investment in order to stimulate its economy," said Huang.

Chinese investment in India has been on a downward trend this year, and it is unclear whether this trend will continue, said Huang, noting that it's up to companies to decide whether to further invest in India based on their own needs and risks.

Although lack of official confirmation from the governmental side, people still welcome the message from the report by the Indian news outlet and consider it a possible signal that could ease China-Indian tensions.

"We welcome a positive attitude from India, which can also turn into a sign of improvement of China-India relations," said Qian, hoping the change in policy will mark the beginning of India's return to rationality, and that India's openness to foreign investment will continue. "It's a win-win situation after all," Qian said.

"At present, it is only a piece of news in the media, and we still needs to see if the Indian side intends to implement new detailed rules. Hopefully it will turn out for the better," said Huang.