Billionaire tycoon Vijay Mallya was declared a "fugitive economic offender" by an Indian court Saturday, the first businessman to be indicted under the country's new anti-money laundering law. 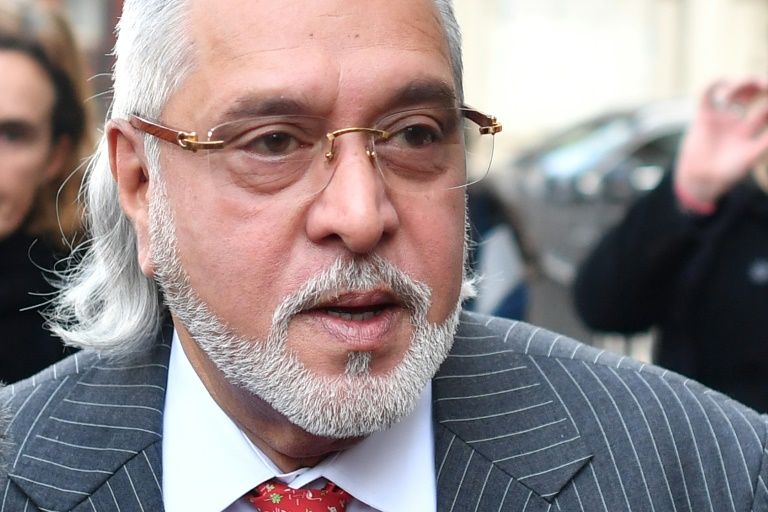 A British court in December ruled Indian tycoon Vijay Mallya can be extradited to his homeland to face fraud charges, although Mallya has challenged the London court order (Photo: AFP)

The Fugitive Economic Offenders Act approved in August targets suspects who flee abroad or ignore warrants, and allows the government to confiscate assets of those accused of financial frauds and crimes.

The new law enables authorities to charge suspects if the case involves at least one billion rupees ($14 million).

The special court in Mumbai declared Mallya an economic fugitive following a request by India's financial fraud police that is investigating money laundering charges against him.

The court is also due to hear another prosecution plea to seize Mallya's properties.

The 62-year-old liquor baron fled the country in 2016 after failing to repay state-owned banks more than $1 billion in loans that prosecutors say was diverted to other businesses.

The owner of Kingfisher beer and head of the Force India Formula One team is currently in the United Kingdom.

A British court in December ruled he can be extradited to his homeland to face fraud charges, although Mallya has challenged the London court order.

Mallya was once known as the "King of Good Times" but dropped off India's most wealthy list in 2014, engulfed by Kingfisher Airlines' massive debts.

Known for his lavish lifestyle, Mallya made Kingfisher beer a global brand.

He has been living in a sprawling $15 million mansion in southeast England but has denied absconding and any wrongdoings, instead saying the charges are politically motivated.