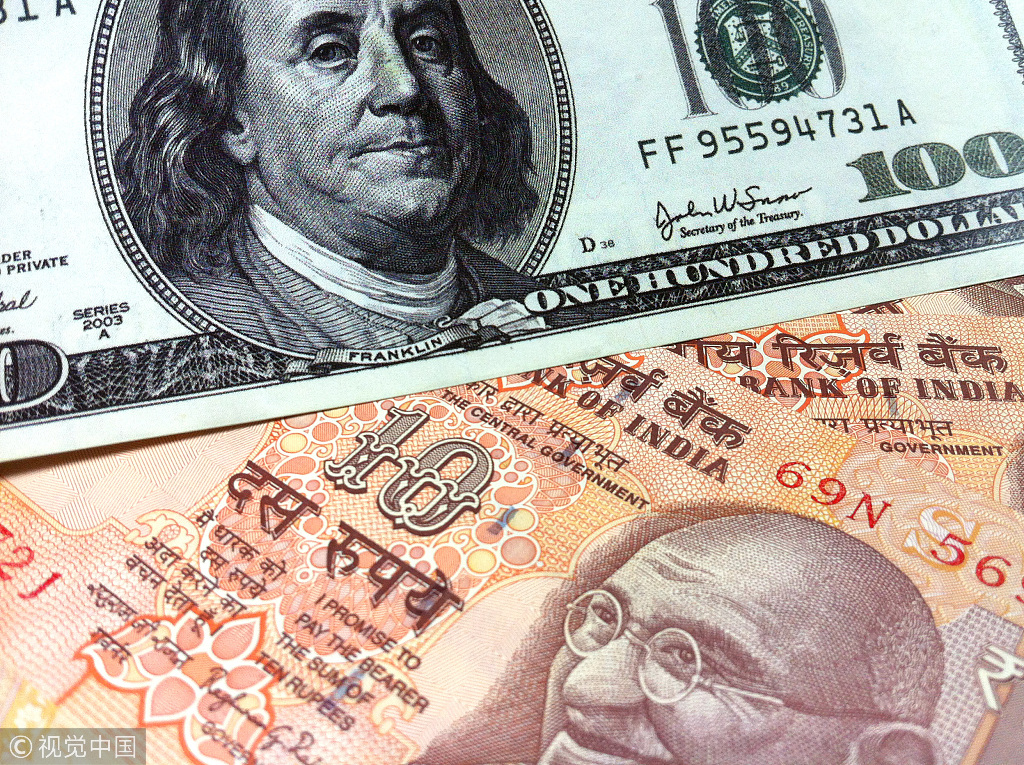 The Indian rupee Wednesday slipped to a new low as it hit 71.80 against the U.S. dollar during the early trade.

"The Indian rupee today plunged to an all time low of 71.80 against U.S. dollar during the early trade today," a market analyst said.

On Tuesday Indian rupee recorded 71.37 against the U.S. dollar.

The Indian currency has been on downward trajectory for quite sometime and is not showing any sign of rebound.

Reports said the fresh fall in rupee is due to sudden bouts of dollar-buying by banks and importers.

The fall in the currency is being witnessed at a time when figures released by India's federal Central Statistics Office showed the country's economic growth rate at 8.2 percent during April to June quarter.