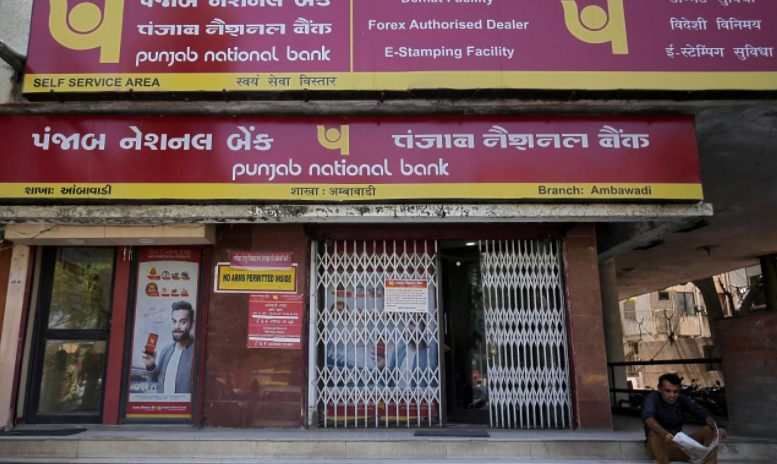 A man reads a newspaper outside a branch of Punjab National Bank (PNB) in Ahmedabad, India, March 20, 2018(Photo: Reuters)

A special court of India’s Central Bureau of Investigation (CBI) issued non-bailable warrants against two Indian jewelers who are central figures in an alleged $2 billion scam at state-run Punjab National Bank (PNB) (PNBK.NS), according to a source within the investigative agency

The CBI, a federal police body, is now also questioning some officials at overseas branches of Indian banks which issued loans to companies owned by the two jewelers against bank guarantees - later shown to have been fraudulently issued by certain rogue employees at PNB.

The case, dubbed India’s largest ever bank fraud, has led to a huge probe and 20 arrests have been made so far in relation to the matter.

The court in Mumbai approved the CBI’s application to issue non-bailable warrants against jewelers Nirav Modi and Mehul Choksi in the PNB fraud, said the agency source, who asked not to be identified.

Modi and Choksi have denied the allegations against them and authorities say they both left the country before the fraud was uncovered in February. PNB has said it is working with the investigators and regulators probing the fraud case.

The CBI is also questioning officers of overseas branches of Indian banks that extended credit facilities on the basis of the fraudulent letters of undertaking (LOUs), issued by employees of PNB, the source said.

The agency has also summoned an officer dealing with foreign exchange at Allahabad Bank’s (ALBK.NS) Hong Kong branch, for questioning, the source said. Allahabad Bank has previously denied any wrongdoing.