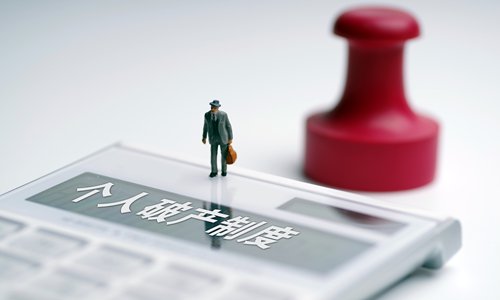 Establishing a bankruptcy system for individuals will ensure that honest people mired in debt through no fault of their own will be able to restructure their debt and restart a new life, but it will not allow anyone to evade their debts intentionally, official said.
Responding to questions about forming a bankruptcy system for individual debtors, an official from the National Development and Reform Commission (NDRC) said Friday that the system could help certain market players keep innovating, prevent debt risk for residents and maintain social stability, the Xinhua News Agency reported. The official was not named in the report.
"Every law or regulation could possess vulnerabilities which might be utilized by certain parties. In this case, some individuals could intentionally transfer their wealth first and then file for bankruptcy to avoid debt," Xue Kepeng, a professor at the China University of Political Science and Law, told the Global Times on Sunday.
"Proposing guidelines to set up a bankruptcy system is the first step... a sound legislation needs comprehensive and enormous follow-up work," Xue said.
The official stressed that the system would be build on a foundation that nobody can intentionally evade their debts, and the key task currently is to promote legislation on the basis of a social consensus, Xinhua reported.
"Individual debt problems need to be classified on a case-by-case basis. For instance, if people are trapped by debt caused by medical bills [because of an accident or natural disaster] and can't ever pay the debt, it makes no sense to keep them in this plight. Filing for bankruptcy could help them shake off the burden and get back to creating wealth again," Xue said.
This is in contrast to people who intentionally run up debts, such as compulsive online shoppers.
The NDRC, along with 12 other departments, announced measures aimed at creating a more convenient and cheaper path for what it called "inefficient" market entities and individuals to file for bankruptcy on July 16.
With the development of market economic activities, shareholders of private firms and others often assume responsibilities for corporate debt, which leads to some of them being overwhelmed by the debt burden caused by corporate bankruptcy. It has caused a lot of "zombie companies" which need to be cleared out, said Xinhua, citing an official from the NDRC.
The establishment of an individual bankruptcy system could be promoted along with the construction of a social credit system, Xue noted.
"This is because a person's credit plays an important role in divining whether they filed for bankruptcy because of a real debt dilemma," he said.