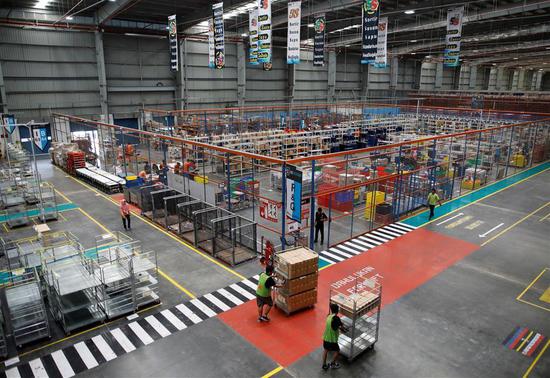 November 11 has become an online shopping spree since 2009 when Alibaba's Tmall made its first online sales promotion. And now it is on par with "Black Friday," when most U.S. retailers online or offline offer promotions.

November 11 is known in China as Singles' Day because the date, 11-11, resembles four "bare sticks," a term used in China to refer to bachelor.

When meeting with Jack Ma, founder and executive chairman of Alibaba during the 2018 annual meetings of the International Monetary Fund (IMF), Darmin Nasution, Indonesian Coordinating Minister for Economic Affairs, said that his government will prepare two videos to promote Indonesian products on Tmall during the annual online shopping spree.

Indonesian government will also introduce five Indonesian specialties in this year's festival according to the Chinese consumers' preference, including the Kopi Luwak, a type of coffee made from coffee beans excreted by native civet cats and reputedly the world's rarest and most expensive coffee.

Meanwhile, the semi-official Indonesian Chamber of Commerce and Industry will also send a study tour to eastern China's Hangzhou, where Alibaba is headquartered, to learn from Tmall's operational and logistics experience during the festival.

This is the second meeting for Jack Ma, an e-commerce adviser to Indonesian government, to meet Indonesia's members of cabinet to discuss the country's development of nascent e-commerce industry. Enditem