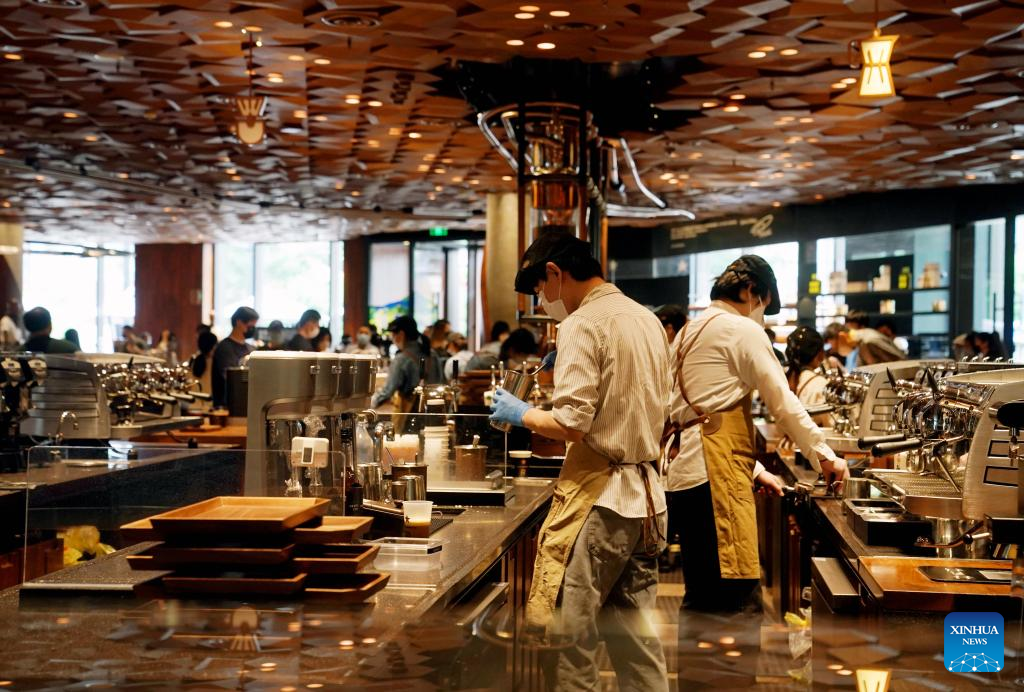 The dine-in experience resumed at most Starbucks locations across Shanghai on Wednesday, as the city had its first day of indoor dining.

The return of 800 Starbucks stores in Shanghai was celebrated by the offering of coffee tastings at its stores.

Starbucks China Chief Executive Officer Leo Tsoi said it is Starbucks' modest contribution to help Shanghai customers return to their pre-outbreak routines and lifestyles and get the city back to its renowned buzz and vibrancy.

Among the stores to resume indoor dining is the Starbucks Reserve Roastery Shanghai, which will also reopen its second floor Bar Mixato and Teavanna Bar.

Since early June, Starbucks has reopened nearly 900 stores in Shanghai, the city with the most Starbucks stores in the world. However, dine-in services had remained suspended in most stores.

With the easing of dine-in restrictions, stores will be allowed to serve customers at 50 to 70 percent of seating capacity depending on store size, in accordance with public health regulations. Operational requirements such as social distancing will also be rigorously implemented to protect the safety of employees and customers.