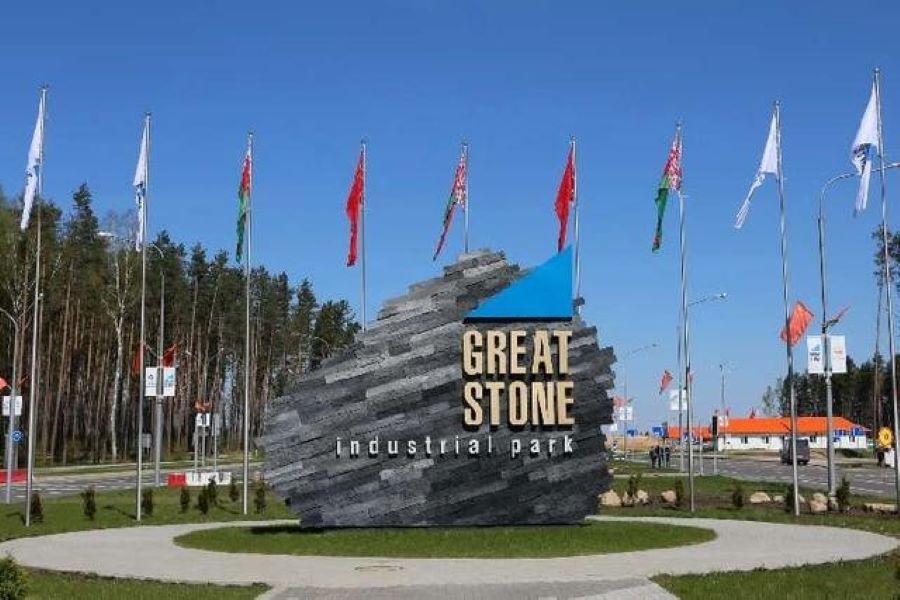 MINSK -- The chief of a China-Belarus industrial park is confident about the two countries' cooperation in implementing the Belt and Road Initiative (BRI), especially in the development of the park, an important BRI project.

Despite the temporary difficulties posed by the COVID-19 pandemic, Belarus-China cooperation in all areas will continue, Alexander Yaroshenko, head of the administration of the China-Belarus Industrial Park Great Stone, told Xinhua in a recent interview.

Noting that Belarus and China are strategic partners, Yaroshenko said bilateral relations based on trust and mutual benefit show that the two countries are ready to help and support each other at this difficult time.

On May 12, 2015, Belarusian President Alexander Lukashenko and Chinese President Xi Jinping visited the future site of the industrial park, the largest cooperation project between the two countries, Yaroshenko recalled.

That day marked the beginning of the park's history, he said.

Since then, the park has brought together 60 companies from 15 countries, with well-known Chinese corporations such as Huawei, ZTE and China Merchants among its first residents, he said, adding the volume of declared investments is now approaching $1.2 billion.

Yaroshenko said that the COVID-19 pandemic has certainly affected the work of the industrial park, slowing "the dynamics of business contacts" and "the speed of implementation of many projects."

Conferences and negotiations with partners and potential investors have been transferred online, he said.

Still, Yaroshenko said he believes that the park will continue to develop as a nodal platform for the BRI, and that its projects will achieve even better results in the next five years.

Any company in the world can develop and implement their projects in the park -- an open area for international cooperation, he said.

The park's administration would continue to develop the park together with its Chinese partners and participants from other countries, especially in priority areas such as pharmaceuticals, he said.

China has rich experience in the treatment and prevention of different diseases, he stressed, adding that China's unconditional willingness to share its best medical practices is very important.

As for the current pandemic, Yaroshenko said "the situation we have faced in 2020 shows how important it is for all countries to act together and abandon differences."

The China-proposed concept of building a community with a shared future for mankind bears special significance these days, he said.

"Close economic integration is required to overcome the negative consequences as quickly and efficiently as possible," he added.