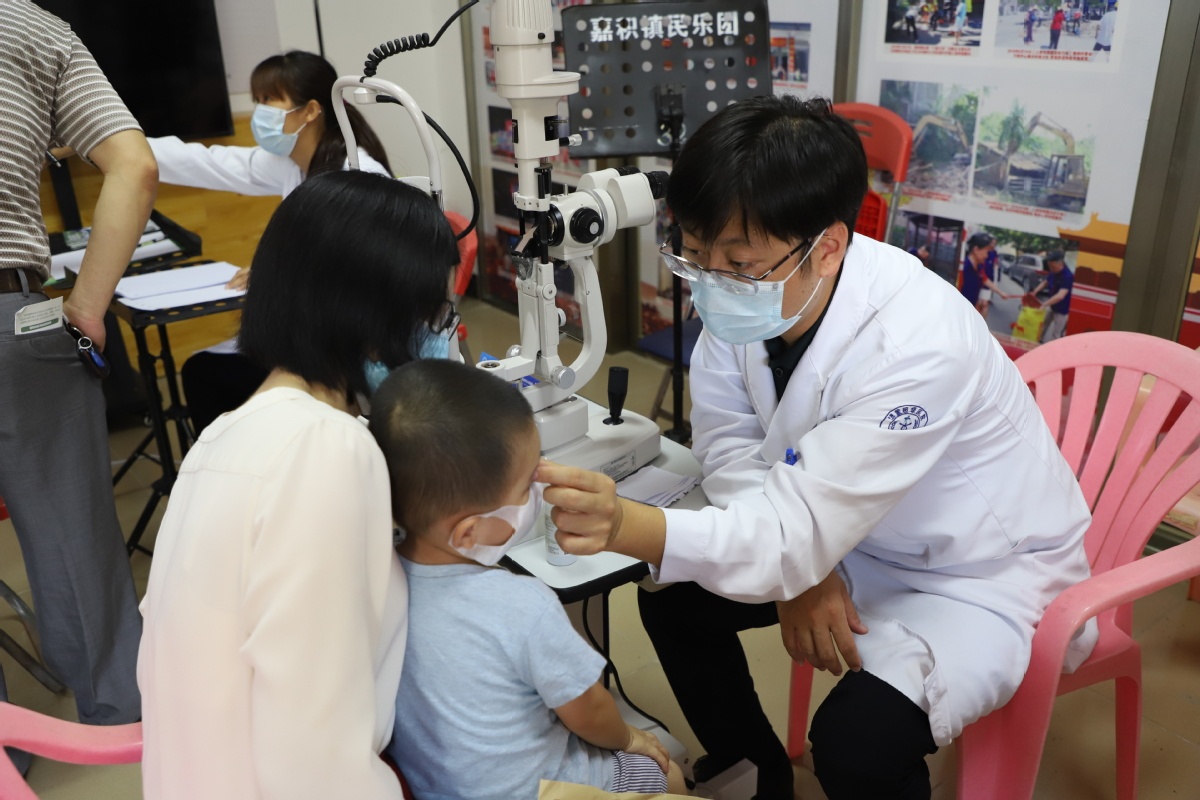 Alias Tongtong, a one-year-old boy with severe hearing impairment, was implanted with a new pair of "ears" imported from Austria last week by doctors from Shanghai at the Hainan Boao Lecheng International Medical Tourism Pilot Zone, becoming one of the latest 70 beneficiaries in about a month to access the most advanced technologies that enable them to hear the voice of the world.

Also at the Boao Super Hospital of the zone, doctors from Wenzhou recently conducted the country's first artificial iris implant surgery, a technology from Germany that has helped restore eyesight for a young man whose right eye was hit with a piece of hot iron eight months ago when working at a factory in Shandong province.

"The pilot zone is becoming a beachhead for foreign and domestic medical and healthcare companies, with more than 100 internationally approved devices and 100 innovative drugs that are not yet approved in the remainder of China but made available in less than a year," said Gu Gang, head of the Administration for the Boao Lecheng International Medical Tourism Pilot Zone, which is close to the permanent site of the Boao Forum for Asia on the east coast of Hainan Island.

"The policy breakthrough has provided super experiences to medical tourists in Boao and it was also a joyous news to millions of Chinese people with serious illnesses, at a time when, every year, more than 800,000 tourists travel abroad for medical and healthcare treatment," said Gu.

Established to pioneer China's opening up of the medical sector and explore models for the "Health China" national strategy, the zone enjoys nine preferential policies such as special permission to import medical technology, medical equipment and medicines. The policies allow medical institutions in the zone to import and use badly needed drugs, medical devices and equipment from overseas that are not yet approved for other areas by the Chinese authorities.

He said the flow of medical tourists to the zone was expected to reach 200,000 this year, as more detailed promotions of the special policies will let more people in need be informed. The zone received 75,000 medical tourists in 2019.

"With Hainan becoming a destination for international medical tourism, its residents and tourists are in a very favorable position," said Xia Feng, executive director of the Institute for Advanced Studies of Humanities and Social Sciences at Hainan University.

Middle-aged Meng Mei and her neighbors in Boao town feel lucky for being able to enjoy occasionally free clinic services provided by doctors from the nearby pilot zone.

"I was so happy to get my chest tightness checked by doctor Fang from Beijing in my hometown," said Meng during a recent on-the-spot free clinic service offered by 50 doctors from hospitals in the zone, including 62-year-old Fang Pihua, vice-president of Boao Super Hospital and an expert on cardiovascular diseases from Beijing Fuwai Hospital under the Chinese Academy of Medical Sciences.

"Doctor Fang's words were very reassuring to us," Meng said.