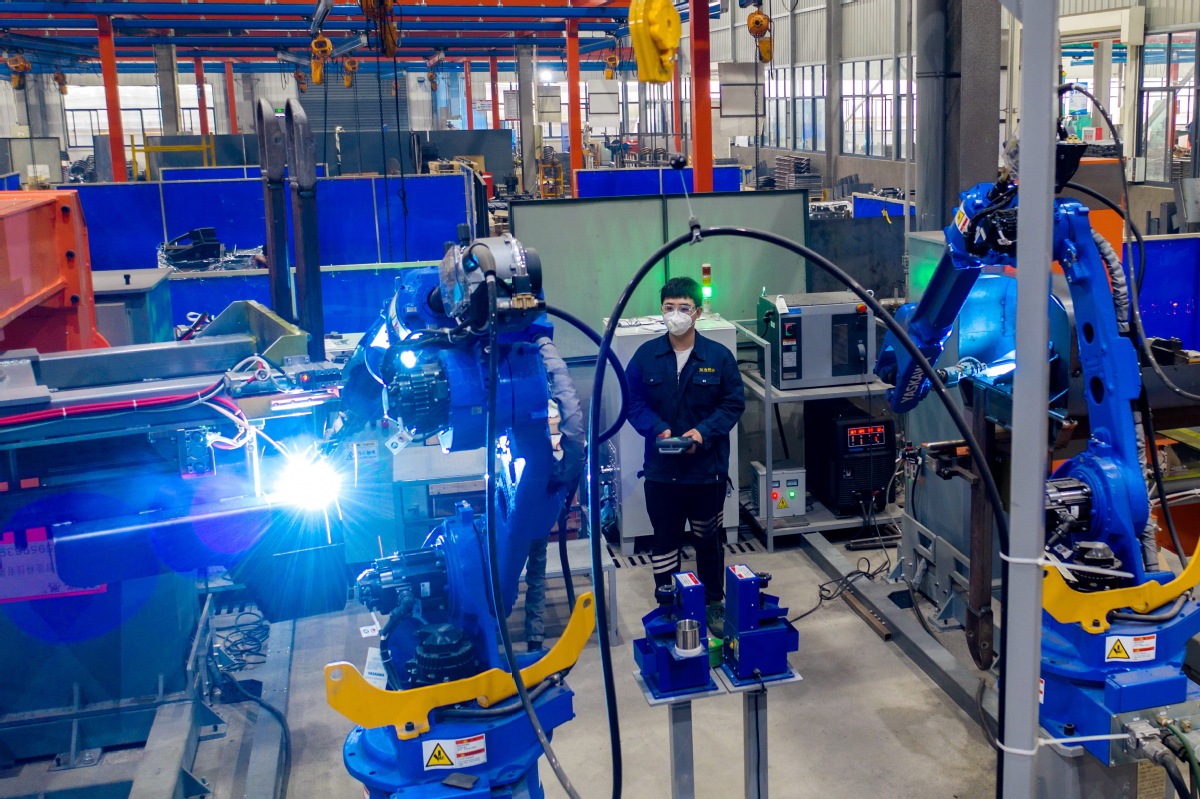 A technician oversees the manufacture of forklifts at a company in Huzhou, Zhejiang province. (Photo: China Daily)

Profits at China's industrial firms surged in March on a yearly basis as both production and sales grew rapidly and the economic recovery continued to gain strength, experts said.

Industrial profits rose to 711.18 billion yuan ($109.66 billion) in March, up 92.3 percent from a year ago, the National Bureau of Statistics said on Tuesday.

During the first three months, industrial profits rose to 1.825 trillion yuan, up 137 percent from a year ago, and up by 50.2 percent from the same period in 2019. This brought the two-year average growth to 22.6 percent, the NBS said.

During the first three months, profits of raw material processing sector jumped by 4.34 times on a yearly basis, translating to an average annual profit growth of 40.7 percent for the past two years. It was also 18.1 percentage points higher than the overall industrial profit growth.

Zhu Hong, a senior statistician with the NBS, said a faster expansion of sales and production have laid a solid foundation for profit improvement of enterprises. China's value-added industrial output rose 24.5 percent on a yearly basis in the first quarter, indicating a rapid expansion in both production and sales. This is expected to further buoy profit growth, he said.

Operational efficacy of enterprises has shown notable improvement along with a significant lowering of costs, the NBS said. During the first quarter, operating profit margin for industrial firms stood at 6.64 percent, up 2.76 percent on a yearly basis.

The NBS, however, said that there are still large uncertainties in the global pandemic trend and the international environment. Recovery between industries is still uneven, while the prices of raw materials have been rising significantly, increasing cost pressures on enterprises, it said.

Going forward, it is necessary to maintain the consistency and stability of macroeconomic policies to better shore up weak links, expand effective demand and realize healthy, steady growth of the industrial sector.

Long Shaobo, deputy director of the Center for Public Economy and Public Policy at Chongqing University, said the profit growth in the raw material sector was mainly due to the higher bulk commodity prices. At the same time, with the Chinese economy recovering rapidly, domestic demand has also been picking up. This has resulted in higher sales and boosted profits.

He said the robust profit gains of industrial firms have proved that production is rapidly firming up in the country. Long said that the higher commodity prices could pose problems for small businesses in the mid and downstream industries.