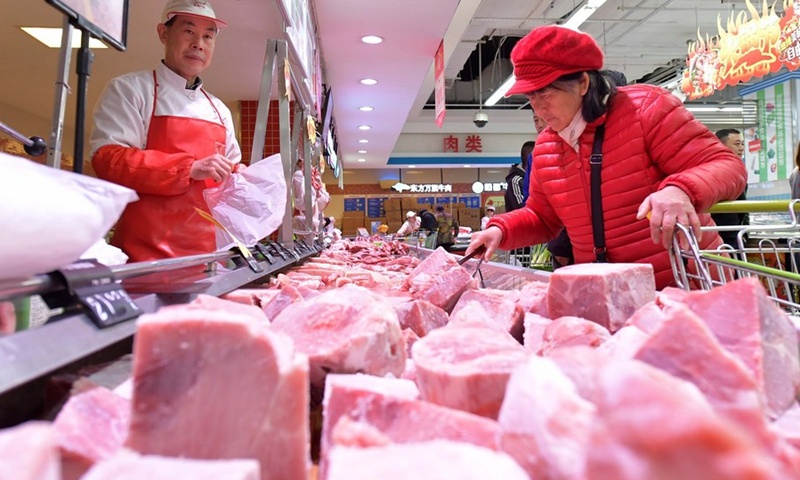 The China Animal Agriculture Association on Monday called on hog farmers not to panic over the declining pork prices, telling them to have faith in free market regulation.

In a statement issued on Monday, the association called on hog farmers to make arrangements according to actual conditions, improve hog reproductive efficiency, and lift the feed conversion rate in the face of a temporary hog oversupply on the market.

The average hog price has dropped more than 50 per cent to approximately 44 yuan ($6.8) per kilogram now from the beginning of the year, the lowest since 2019 when the prices began to elevate due to the outbreak of African swine fever (ASF), according to data from Ministry of Agriculture and Rural Affairs.

Falling pork prices are caused by a recovering hog production since the end of last year and a falling consumption due to seasonal demand, as well as changes in people's consumption habits, according to the association.

"It is hoped the hog farmers can play more attention to prompt market information issued by the government, don't panic over the temporary drop of prices, and continue to reduce their hog production and increase efficiency," the statement said.