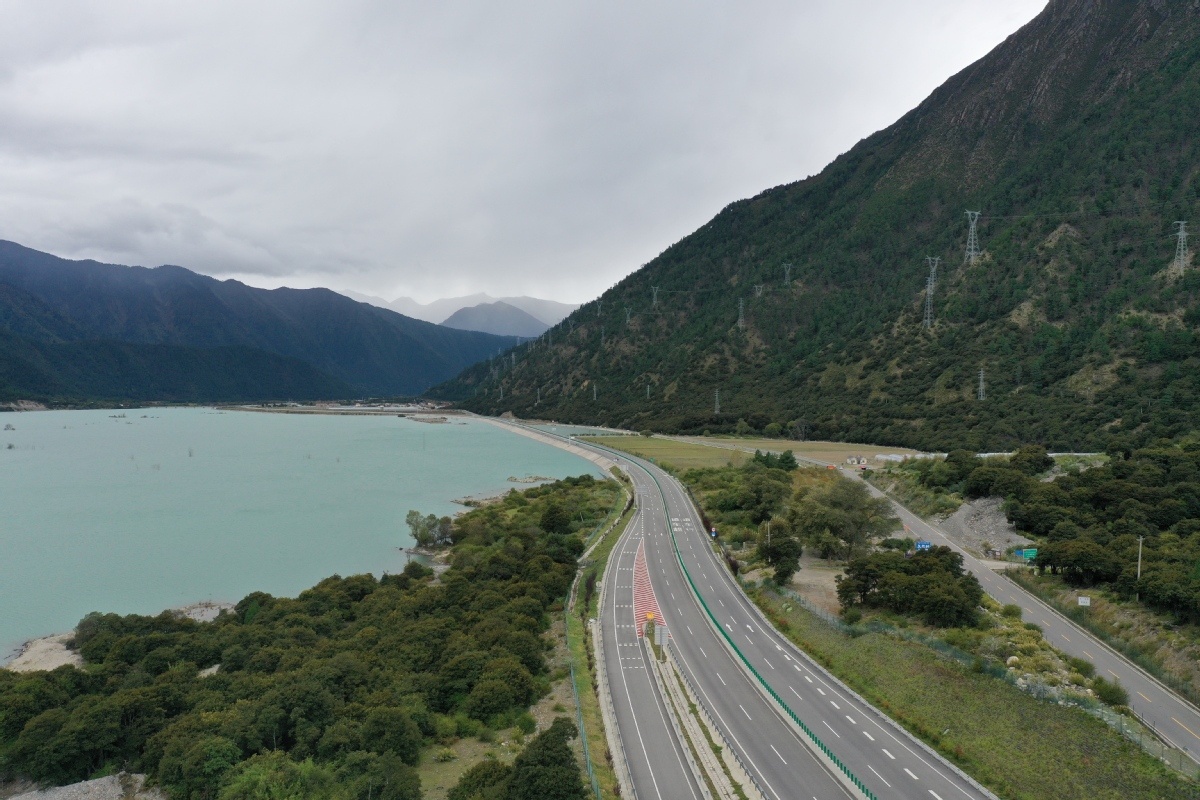 A view of the Lhasa-Nyingchi Highway. (Photo: China Daily)

In the past seven decades, the central government has invested 1.63 trillion yuan ($ 253.3 billion) in Tibet to boost the region's development, and more than one-third of the investments—over 590 billion yuan—was allocated to major infrastructure projects, including the Sichuan-Tibet Highway, Qinghai-Tibet Railway and Lhasa Gongga International Airport, which have effectively promoted the economic and social development of Tibet, according to Wu Yingjie, the region's Party secretary.

He made the remarks at a news conference held by the State Council's Information Office on Saturday.

This year marks the 70th anniversary of the historic event.

"In a short span of dozens of years, China has created miracles that will yield lasting benefits, and transformed Tibet into a brand new world," Wu said.

Many local herders and farmers' lives have been transformed in the past seven decades. Tap water has replaced water carried by buckets; oil lamps have been upgraded to electrical lights; dirt roads have been improved to paved ones, said Qi Zhala, chairman of the regional government.

He contributed the improvement of local people's livelihoods to a large sum of investment from the central government — 393.7 billion yuan ($62.2 billion) — from 2016 to last year.

He also noted that in the next five years, more investment in infrastructure and transportation will be allocated to Tibet.