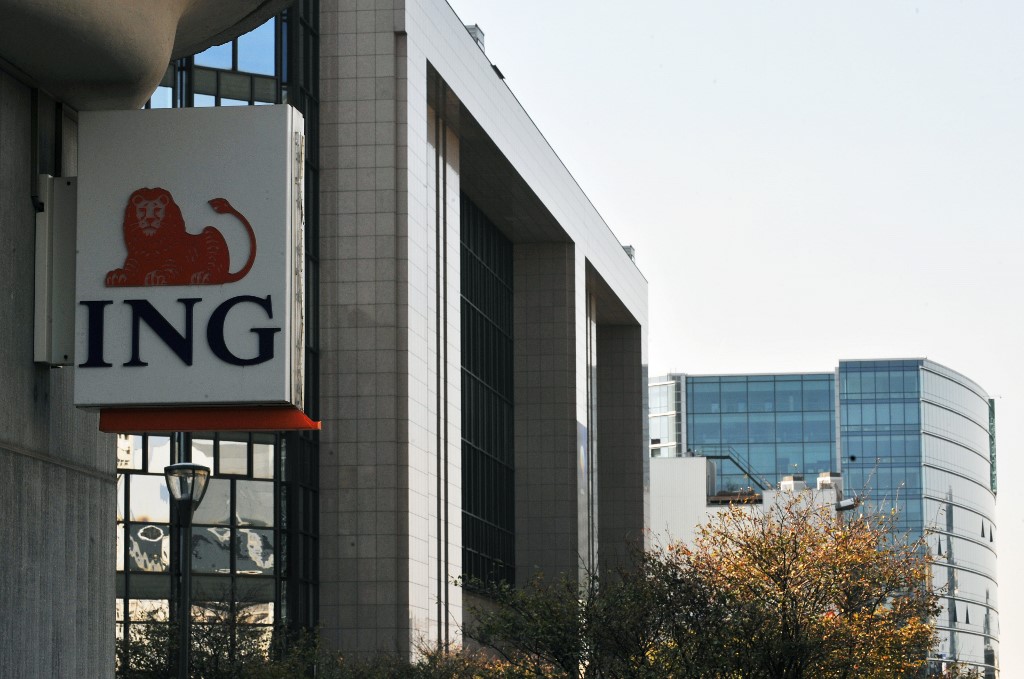 A logo of Dutch ING bank is pictured at the European Union headquarters on September 17, 2009 in Brussels. (Photo: AFP)

For the three months to December alone, the Netherlands' biggest bank said net profit was down nearly 31 percent from a year earlier at 880 million euros on total income of 4.44 billion euros, little changed.

"Looking back at 2019, we see a year of solid commercial performance despite the challenging (interest) rate environment, geopolitical uncertainties and an increasingly complex and demanding regulatory environment. The fourth quarter of 2019 proved challenging," CEO Ralph Hamers said in a results statement.

Like most banks, ING has been under pressure from the record low interest rates adopted by the authorities to boost the economy.

ING also said that "fighting financial and economic crime remains a priority. We achieved milestones in our programme to improve the way we manage non-financial risk."

The results failed to impress investors with ING shares down nearly 1.9 percent in early trade while the broader Amsterdam market was up 0.5 percent.