Ingredion Incorporated, a leading global provider of ingredient solutions, anticipates strong growth in China within the next five years, according to a senior executive of the company. 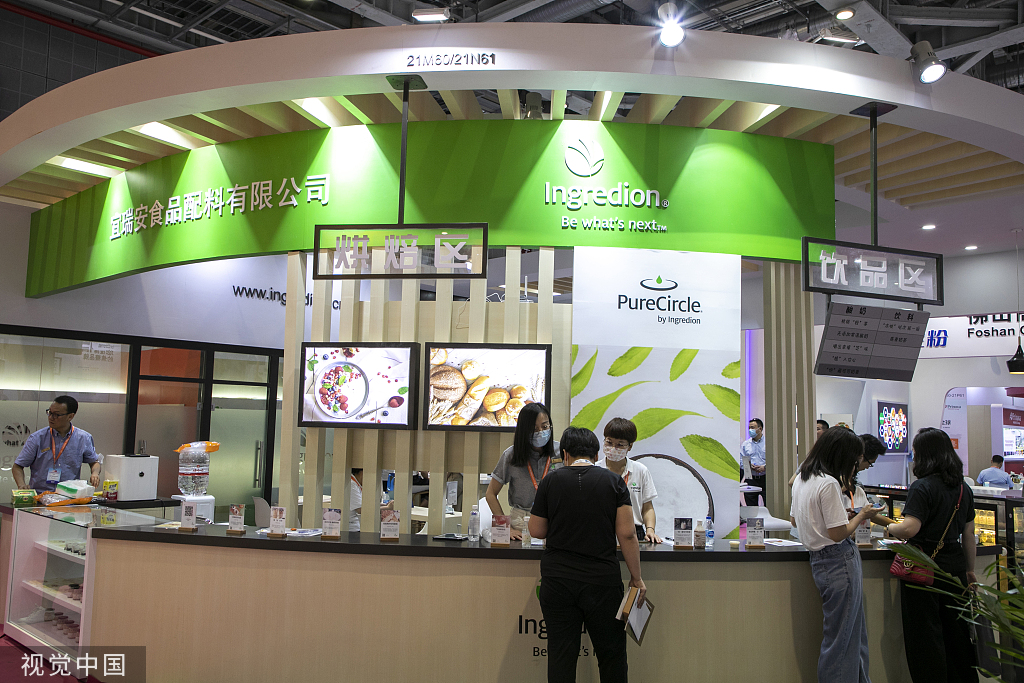 Ingredion Incorporated anticipates strong growth in China within the next five years, according to a senior executive of the company. [Photo/VCG]

Jacques Guglielmi, vice-president and general manager of North Asia, and Asia-Pacific Commercial at Ingredion, said in an exclusive interview with China Daily that China is an important market for Ingredion as the company sees big potential now and for the future.

"We see a growing food market in China, especially in the four key applications we are serving - savory, dairy, snack foods and beverages," he said.

"We are well-positioned to cater to this growth with increased starch production capacity and creating winning textures for food and beverage manufacturers," he added.

The company recently opened a new production facility called Shandong South, in Dezhou, Shandong province, to double its starch production capacity in China. Currently the company has three manufacturing plants, 900 employees and lots of capabilities such as laboratory and offices in China.

"With the new facility in Shandong, we are further completing Ingredion supply chain systems both in China and in the Asia-Pacific region," Guglielmi said, adding the company is investing for customer success in a world where supply chain resilience is more relevant than ever.

In addition, the company also feels the need to adapt to the consumer trends of growing market demand and quality awareness in China, and will work very closely with customers to co-create new solutions, he added.

He also said the company has witnessed a lot of innovations in China, and is confident that it will make a meaningful contribution to the high-value food production in the nation as well as China's delivery on its carbon goals, as the company is accelerating its sustainable agriculture program with local grower suppliers.