Roughly a thousand years ago, during the Song Dynasty (960–1279), Guangdong Province was among the first to promote international trade, leading China's opening-up without even realizing. Thanks to its favorable commercial policies and fair business environment, merchants and delegations from over 50 countries came to Guangdong to establish their businesses, making it one of the most remarkable trade centers of the old world.

A millennium later, the coastal province has pushed its business boundaries even further, only this time, with its innovative free trade zone, the world can enjoy greater benefits from China’s surging economy and huge domestic market.

Established in 2014, the Guangdong Free Trade Zone (FTZ) has been taking the lead in China’s opening-up to the world, serving as China’s test ground for deepening cooperation in the Guangdong- Hong Kong-Greater Bay Area, as well as an incubator for new systems and policies. As of September this year, a total of 250,000 new enterprises have settled in the FTZ, including 14,000 foreign-invested businesses. Over 270 Fortune 500 companies have established their business here, attracting over $ 17.4 billion in foreign investment.

“China’s reform and opening-up has entered a deep-water zone, where tough challenges must be faced. The FTZ provides us a platform to explore new ways to solve problems that hinder the country’s development, invigorating the second boom of China’s opening up,” said Dong Feng, General Manager of Qianhai Mercantile Exchange (QME), an HKEX company in Guangdong FTZ.

New land for China’s opening up 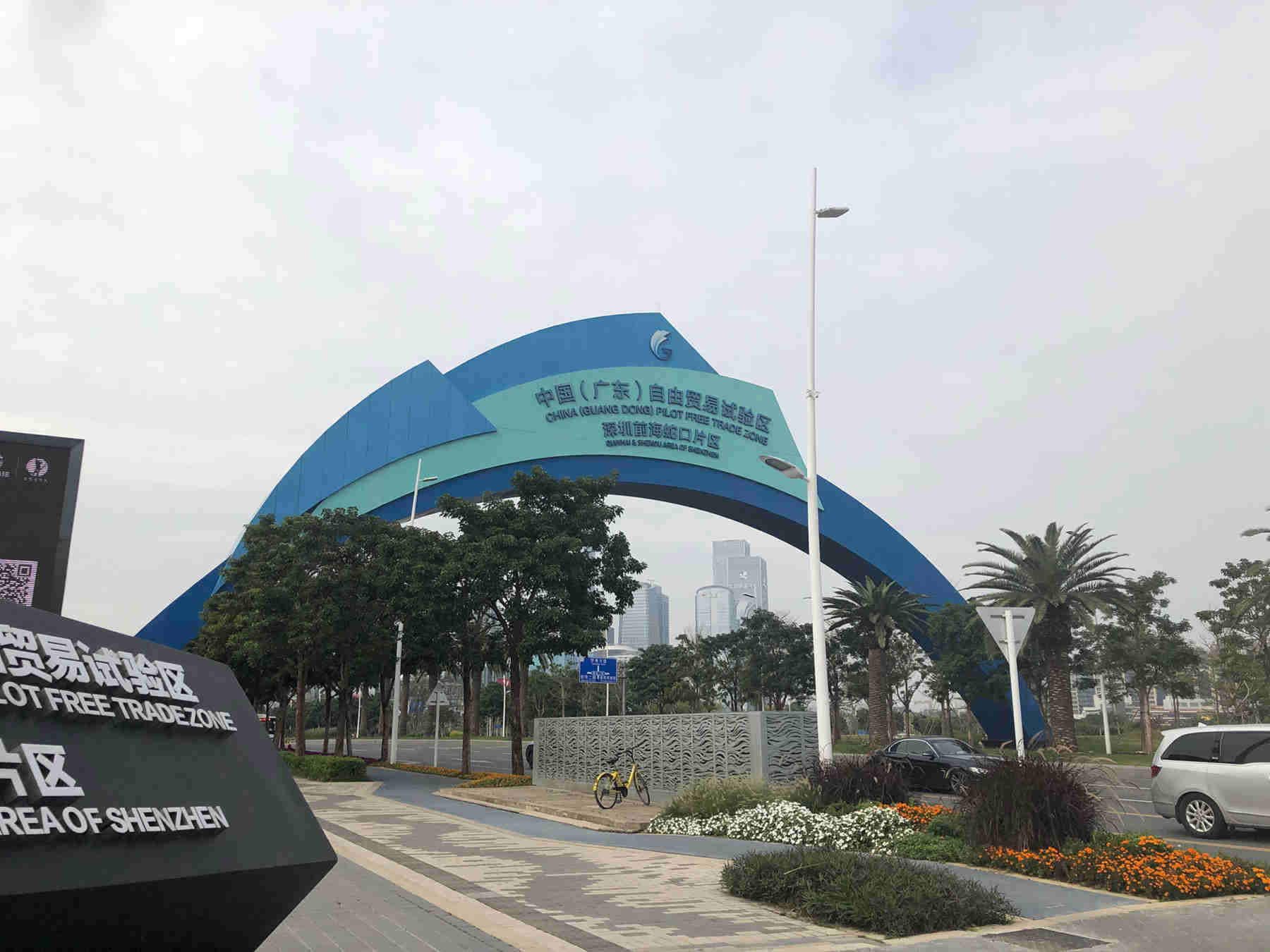 Located on the southern edge of Shenzhen, Qianhai Area, a former sleepy fishing village, is now one of three areas of the Guangdong FTZ. This thriving economic hub has attracted leading firms and start-ups from Hong Kong and Macao, thanks to its institutional innovation and other incentives including start-up incubators.

As for its financial sector, Qianhai has rolled out over 70 innovative measures to support economic innovation, including the approval of the first batch of mainland asset managers to take part in the Qualified Domestic Investment Enterprises scheme. This scheme allows Chinese mainland investors to tap into a wider variety of foreign asset classes, while institutional innovations are introduced every three days, on average, to explore new possibilities in the open economy further.

Such favorable conditions have attracted many financial giants, such as QME, to establish their business in Qianhai. Launched in October, QME, China’s testing bed for commodity trade, aims to build an efficient platform for China’s spot exchange, helping the country gain pricing power over bulk commodities.

“Our mission is to reshape the landscape of China’s bulk commodity market, which is an unprecedented endeavor, for that we need institutional innovations and new policies, which Qianhai can offer,” said Dong.

According to Dong, in order to promote China’s economic development, reform is required to shake up some deep-rooted structural problems, while Qianhai can provide a testing ground to help open China wider to the outside world.

Echoing Dong, Eric-Kuo, co-founder of R-Guardian, a Hong Kong company in Qianhai featuring smart security technologies such as credit card shielding solutions, noted that Qianhai’s innovative measures to attract startups have transformed the area into a dream for young entrepreneurs like him.

“Favorable policies such as assistance to connect with investors are especially attractive to start-ups from Hong Kong and Macao, as many of us have been struggling to find investors due to the high operational cost at home,” said the 27-year-old Hong Kong entrepreneur.

To attract talents like Kuo, a university-like incubator was founded in Qianhai in 2014, providing young entrepreneurs one-year free rent, a favorable tax rate and assistance to connect with well-known angel investors and venture funds to those aged between 18-45. The center has so far helped 340 start-ups, 169 of which are from Hong Kong and Macao, while half of their projects have already obtained investment, worth a total of over 1.5 billion RMB (about $ 210 million).

Institutional innovation has attracted foreign investment and talents to Qianhai. Moreover, successful projects have now also been introduced across the country. According to local authorities, Qianhai has so far produced 401 institutional innovation projects, with 28 spreading nationwide and 62 being rolled out in Guangdong Province.

“As the frontline of China’s reform, Guangdong FTZ generated great rewards in the past. I believe the FTZ will serve as a pioneer for China’s further opening-up, benefiting both China and the world with its institutional innovation,” said Dong.

The power of advanced technologies

In addition to institutional innovation, new technologies have also become a major focus of Guangdong FTZ. Seventy-three kilometers away from Qianhai Area, Nansha New Area in Guangzhou serves as Guangdong FTZ’s tech hub. The palm-sheltered region boasts countless tech startups, many of which have become leading powers in their field thanks to the support of local authorities.

“Real road tests are crucial for driverless cars to retrieve valid data, which can help them cope with unexpected situations in the future. We would often report in advance to the government, asking for a specific area in the city to test our product, and the local authorities are cooperative and helpful,” said Cao Tiantian, the company’s business development manager, noting that the FTZ is a visionary when it comes to the development of new technologies.

According to Cao, favorable policies including preferential tax rates and easier registration procedures for foreign talents have boosted the company’s development, allowing it to become a leading power in AI and driverless car technologies.

“We are going to carry out a trial for a driverless car-hailing service by the end of 2018. This innovation could not have been realized without the help of the FTZ,” she added.

VIPSHOP, an e-commerce company born and raised locally, also enjoys excellent benefits thanks to the local authorities’ support in high tech. According to Peng Xinguo, senior manager of VIPSHOP’s warehouse located in Nansha harbor, a new headquarter along with a warehouse equipped with full-automatic product lines is expected to be finished in Nansha New Area in 2019, with an investment of over one billion Yuan.

“Faster logistics is the core competitiveness of any e-commerce company. Nansha’s advanced intelligent clearance system ensures greater time-efficiency and allows the customers to track every piece of information about their products online,” he said.

According to Peng, with the company’s new automatic product line and the FTZ’s intelligent clearance system, the whole process from a product being imported to being in the hands of a customer only takes about three to six days.

“Since the trial of cross-border e-commerce business started, VIPSHOP’s cross-border business has generated an annual revenue of over 8.24 billion yuan. With the help of modern technologies and the support of the FTZ, I believe this revenue will grow even more in the future,” added Peng.