Insurer Beazley BEZG.L has partnered with three companies to build a blockchain-based registry that will manage insurance for crisis situations such as mass shootings, the companies told Reuters. 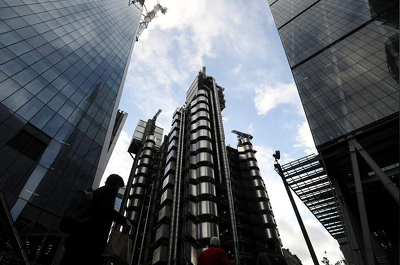 The Lloyd's of London building in the City of London. (Photo: Reuters)

The registry will use blockchain to speed a response to mass casualties and their financial aftermath by allowing policyholders and insurers to catalogue coverage and share real-time information about threats and claims through one source, the companies said.

The registry is created with Risk Cooperative, a Washington, D.C.-based speciality insurance broker that develops Lloyd’s of London-backed programs, and Amsterdam-based Bitfury Group, a blockchain technology firm, and it is nearing completion, said Risk Cooperative Chief Executive Officer Dante Disparte in an interview.

A fourth company, Emercoin, is providing blockchain infrastructure for the registry.

Blockchain, a digital ledger of transactions, is the technology underpinning the first digital currency, bitcoin. But it can also be harnessed to track, record and transfer assets across all industries.

The registry is an early example of using blockchain for insurance. Many insurance industry leaders envision “smart” policies of all types will be stored in blockchain and automatically track premiums, pay claims and keep records.

Many companies still manually record on spreadsheets their annual policies and coverage limits, a practice that can heighten the risk of human error.

Violent events that spur mass casualties, such as an Oct. 1 mass shooting in Las Vegas that killed 58 people at a country music festival and injured hundreds more, can involve numerous insurance policy holders and thousands of claims.

Policy exclusions or having too little coverage can leave communities and victims unable to cover expenses, but those gaps are easier to spot through a permanent blockchain ledger, Disparte said.

The partner companies are next planning to develop so-called “smart” policies for violent acts, to be permanently stored in the registry. They will be programmed to automatically kick in when a mass casualty occurs, eliminating claims paperwork for policyholders and trimming months from the settlement process, they said.

Service providers, such as security experts and counsellors, would be automatically be dispatched when an event is under way.

The companies plan to store other types of existing policies for customers who buy mass casualty coverage, Disparte said. The registry will also eliminate time-consuming audits by underwriters because transactions will be recorded in one place.