In recent years, countries all over the world have experienced a great deal of change in the property markets in their largest cities and Germany is no exception. In response to these changes, Berlin's largest property brokerage enterprise, ZIEGERT Gruppe, joined forces with Knight Frank LLC of London in 2017 to form ZIEGERT Knight Frank Frankfurt GmbH and has expanded into other German cities, most notably Frankfurt during the course of 2018. 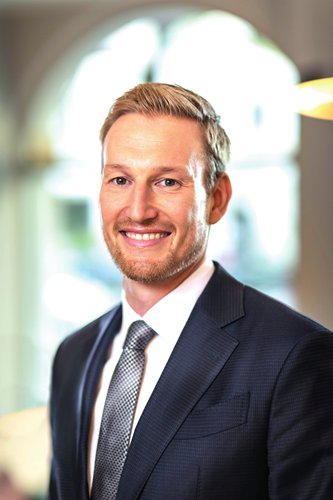 Sven Henkes, managing director of Knight Frank, has been conducting business with a sizable client base across the globe. ZIEGERT Gruppe boasts clients from 37 nations including the UK, the US and Russia, which represent the top three countries in their international customer base. In recent years, they have also experienced an influx of Chinese buyers and investors that Henkes says often "look for a trusted partner" when purchasing real estate in Berlin, a city he claims is "more attractive than ever."

"Chinese buyers like to diversify their investment portfolio and they value German quality and reliability," Henkes said. He added that Chinese who are interested in investing in Berlin are "big fans of the classic European architecture of the 19th century."

Henkes has noticed a trend that is somewhat unique to Chinese clients attempting to enter the real estate markets in Berlin and, more recently, Frankfurt. Whereas buyers from the US and the UK will often look for property in Berlin's hip, artsy neighborhoods and Russian customers typically seek property near parks or the city's many rivers, Chinese tend to emphasize proximity to educational institutions when considering which property is right for them.

"A big factor in their decision process is always the proximity to big universities," Henkes explained. "Chinese people often buy apartments for their children long before they are born in cities where they plan for them to study one day."

Henkes is confident the market will stay balanced and that Germany's "economic outlook remains strong" despite a degree of uncertainty in the German market as a result of tightening foreign exchange restrictions for students, looking to benefit from Germany's nearly nonexistent tuition rates and prospective changes in tax policy for foreign property purchasers.

"A decade ago, global clients simply didn't consider investing in German property, so the market is relatively untapped. Today, Germany's market is increasingly being referred to as the 'safe haven' for investors. Berlin has a stable environment and strong investment opportunity for both rentals and capital growth," Henkes said.

Properties in Berlin and the burgeoning market in Frankfurt were among the real estate prospects exhibited on December 6, 2018 in Shanghai at the inaugural Knight Frank Property Show. Real estate in New York City was also showcased as a place that has long seen steady and reliable returns on investment, and properties throughout Ireland, a country which has experienced momentous growth nearly a decade ago.

Similar to Berlin, New York City and Dublin, Ireland's capital and largest city, has seen a steady growth of investment from worldwide investors who are keen to capitalize on the secure real estate markets in these cities.

Both markets are increasingly attractive to Chinese buyers as New York City is home to some of the world's most prestigious institutions of higher learning, including Columbia University whereas Dublin has established itself as a city with a promising tech industry, attracting investment from companies such as Microsoft, Google, and Facebook. Whether it is Berlin, Dublin, or New York City, Knight Frank and its partner companies all over the world are ready to welcome Chinese investors to the real estate market.