BUSINESS Internationalization of yuan a plus for HK

Internationalization of yuan a plus for HK 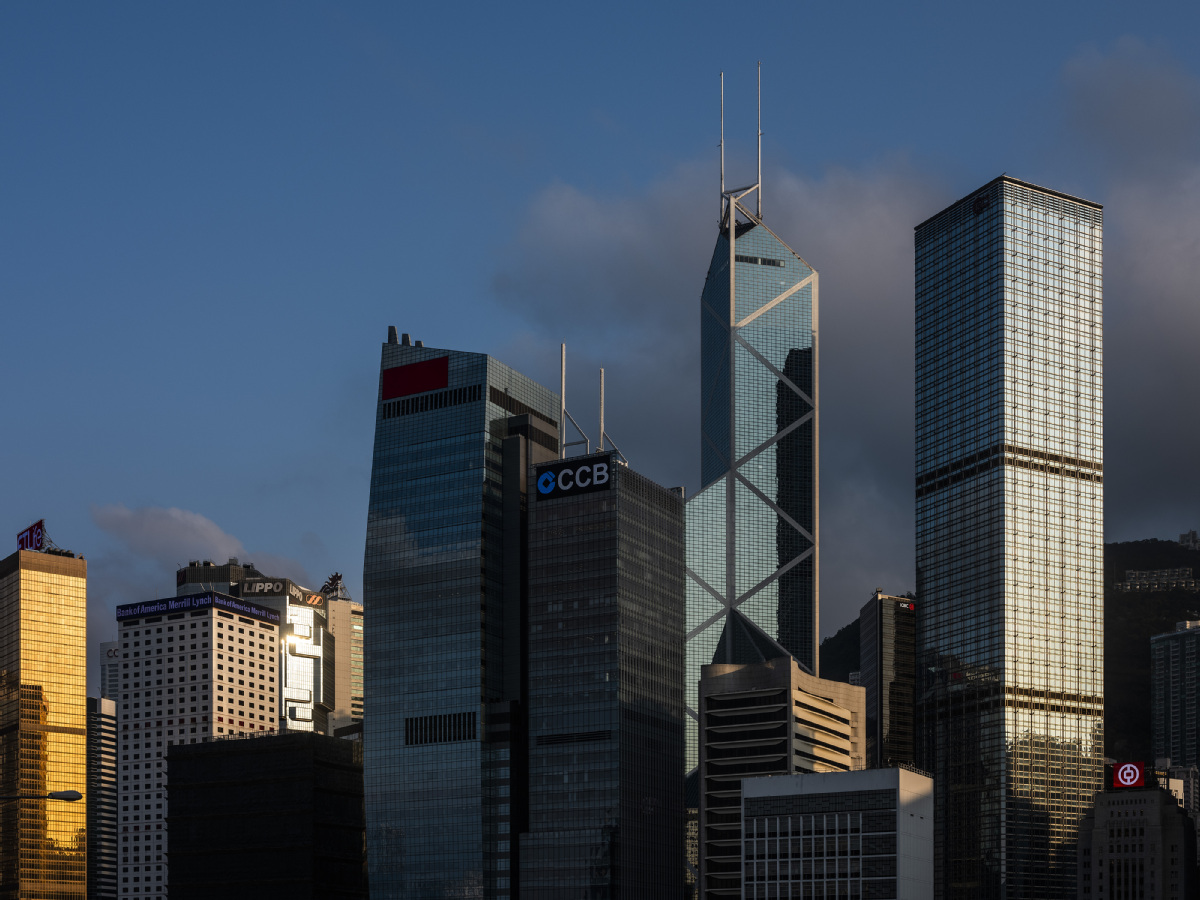 A view of the Cheung Kong Center building (from right) and other key financial establishments in Hong Kong, on April 29, 2019. (Photo: Agencies)

The visionary digital yuan project spells potentially huge opportunities for those with the foresight to jump on the bandwagon. Chief beneficiaries could include Hong Kong－the city that has been and will continue to be at the forefront of promoting the internationalization of the renminbi, experts said.

"The internationalization of a currency cannot be made possible without an international financial center playing a part. Hong Kong has what it takes to be the first stop overseas testing the potential of the digital yuan," said Fielding Chen Shiyuan, Hong Kong-based senior vice-president of China Construction Bank (Asia) Corp.

As the largest offshore yuan center, Hong Kong currently has a pool of more than 670 billion yuan ($100 billion), most of which, however, is illiquid.

"For the time being, offshore yuan in Hong Kong has been mostly used in the financial investment area, limited to stores, companies and banks. The digital yuan may expand the use of the currency into more scenarios closely linked with ordinary people's daily lives, offering a solution to a lack of liquidity and inadequate use of yuan in the city," Chen said.

Hailed as the "most open international" city in the Guangdong-Hong Kong-Macao Greater Bay Area,"Hong Kong boasts its well-established financial market infrastructure and e-banking system that set the groundwork for digital currency transactions without causing too much of an issue," said Herbert Yum, research manager at Euromonitor International, a market research provider.

Despite the city's lagging behind and late-mover status in terms of cashless payments," the rapid development of cashless transactions in Hong Kong is expected to reduce the potential impact for the city when it faces the digital yuan, as from consumers' perspective they already have grown accustomed to digital transactions", Yum said.

But he does have some lingering reservations.

"Since the Hong Kong dollar is the main currency used by Hong Kong citizens for their daily activities, it is extremely challenging for digital yuan transactions to be widely used in the consumer segment," Yum said. "The long-existing dual currency credit card available in Hong Kong and the launch of AliPay HK and WeChat Pay HK which allows users to link with Hong Kong credit cards to make payments in both Hong Kong and Shenzhen, provide little reason for Hong Kong citizens to conduct more frequent digital yuan transactions."

To be sure, Hong Kong Treasury Secretary Christopher Hui told a Legislative Council meeting on Oct 21 that the city is most interested in wholesale and cross-border digital currency use cases.

"If the digital currency being developed by the People's Bank of China can be applied to cross-boundary payments, it would further promote mutual connectivity between the mainland (including the Greater Bay Area) and Hong Kong," Hui said.

Chen said a more compelling story comes from the digital yuan's ability to essentially connect Hong Kong with mainland cities in a broader sense, adding flesh to the bones of the "living circle" in the Greater Bay Area.

"It stands as a lever to expedite higher-level integration of the Greater Bay Area," Chen said.

In a sign of the city's determination to jump on the bandwagon, Au King-lun, executive director of the Financial Services Development Council, said last month that Hong Kong is well positioned to become fertile ground for the digital yuan.

As the world's second-largest economy opens its financial market wider and looks to reduce its reliance on the US dollar, the yuan－which earned nominal international currency status from the International Monetary Fund in 2016－is on pace to grow in prominence.

Morgan Stanley painted a rosy picture for the future of the yuan, predicting the currency could account for up to 10 percent of global foreign exchange reserve assets by 2030 and become the No 3 global currency, behind only the greenback and euro.

Though China's share of the global GDP is projected to hit 18.56 percent by year end, the share of the renminbi in global reserves hovers at 2 percent currently, the IMF said. The currency is now the sixth most used currency in international payments and is used to settle about 20 percent of China's trade, the IMF added.

Last year, the Basel-based Bank for International Settlements said the yuan's share of international currency transactions was just 4.3 percent, compared to 88 percent for the US dollar.

Hui said the imbalance between the country's double-digit share of global GDP and the currency's single-digit share of international transactions calls for more efforts to boost wider use of yuan.

The digital yuan pilot project, together with the newly-launched Wealth Management Connect－which guarantees mutual access to wealth management products issued in the Greater Bay Area and facilitates cross-border investments by individual residents in the region－will certainly help tackle the shortage of offshore yuan-denominated assets and push the yuan a step further on its path to becoming a global currency, Au said.

In the long run, Chen said that how the digital yuan makes a difference in Hong Kong hinges on how the Hong Kong dollar positions itself. He believes rising geopolitical tensions and foreign sanctions highlight the significance of currency diversity and complementary money systems, which are crucial to the resilience of a world-leading financial center. "The digital yuan can help the city transform its monetary system from the Hong Kong dollar's 37-year-old peg to the greenback to a basket of currencies," Chen added.

"As always, Hong Kong regulators should not hesitate to press ahead with new things. They should speed things up, especially given that the dust will soon settle following the US presidential election," he said.