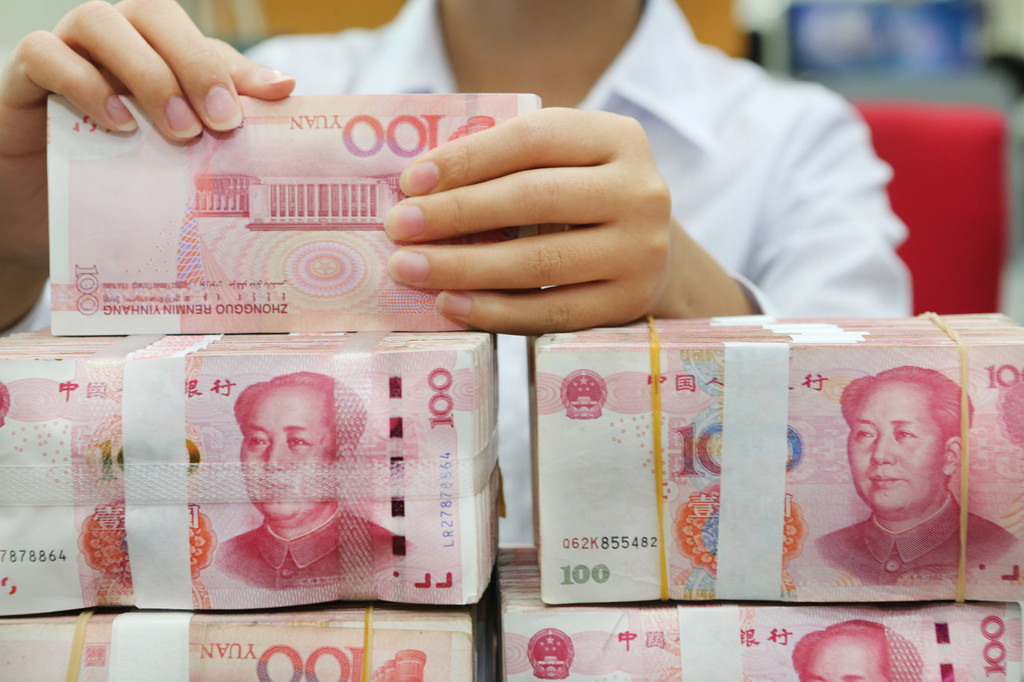 As the last month of the year winds down, wide-spread discussion is on in various fields over major issues that China's economy might face next year. Though opinions vary, there are some major concerns market watchers and economists have in common.

First, the slower-than-expected growth due to sluggish demand has become a major issue for the nation's economy. A situation where the economy cannot secure a certain growth rate is likely to damage the functioning of the basic economic cycle and overall production capacity, which ultimately will lead to a decline in growth momentum — further weighing on the economy. At present, insufficient development instead of unbalanced development, as well as cyclical issues instead of structural ones with accelerated contraction of domestic demand, have become major and urgent issues awaiting solutions.

Second, the nation's economy is challenged by many noneconomic and external factors. Though facing various structural problems and downward pressure in some sectors before the COVID-19 outbreak, China's economy was still on a healthy track if seen from the overall short-term macroeconomic cycle. The sharp decline in the growth rate in recent years was mainly due to unexpected shocks — the COVID-19 pandemic, drastic global changes such as the Russia-Ukraine conflict triggering transfers of various geopolitical risks to the economic field and government policies worldwide that often exacerbate existing systemic problems.

Third is the current insufficient effective demand. Apart from the fact that external demand will continue to slow under the impact of global stagflation next year, more importantly, downward pressure is still there weighing on the economy, resulting in shocks to the market and expectations. As a result, we have seen sustained acceleration in consumer investment decline in the third and fourth quarters, with investment growth falling from 12.2 percent in the first quarter to 5.8 percent in October. Consumption growth slowed from a 5.4 percent growth in August to-0.5 percent in October. The consumer price index dropped from 2.5 percent in August to 2.1 percent in October. The producer price index fell from a first-quarter high of 6.1 percent to — 0.3 percent. Such parameters are the most real health indicators of various sectors, and their continuous and rapid declines fully reflect the accelerated decline in effective demand, especially the accelerated decline of domestic demand, to which should be paid great attention.

Fourth, consumption is contracting faster than investment. Since the third quarter, fixed asset investment has stabilized between 5.8 percent and 6 percent, thanks to the support from infrastructure and manufacturing investment, which basically protected against the decline in real estate investment and private investment. However, consumption did not recover much, and the policy package to stabilize growth had a limited effect on consumption, which was reflected by the growth rate of total retail sales of consumer goods falling from a growth of 5.4 percent in August to-0.5 percent in October, revealing an accelerated contraction.

Current sluggish investment activity is not aggregative, but structural. With stimulus brought by the recent policy package, investment in the secondary industry, high-tech and some innovative industries grew sufficiently in January-October — such as automobile manufacturing investment increasing 12.8 percent year-on-year, special equipment 13.4 percent, general equipment 14.6 percent and chemical manufacturing 20.4 percent, which all drove up total secondary industry investment by 11 percent — a result better than expected.

So, what are the dragging forces? The answer as we see lies in three aspects: the negative growth of real estate investment — 8.0 percent in January-October period; decline in investment by small and medium-sized enterprises, especially private enterprises, which grew by only 1.6 percent from January to August; and a sharp decline of investment in the tertiary industry sectors, many of which are negative, such as entertainment, catering and tourism.

Therefore, the major focus of next year's work to boost investment growth is to ensure plenty of efforts are made regarding structural issues. At present, investment in infrastructure, especially the new round of investment in "new infrastructure", has indeed shown its strong upside pull. Such a trend should be continued. However, if increased investment fails to be matched by later market demand, the expansion of such investment will then be converted into expansion of debt, or even bad debt.

Expanding consumption is another focus in dire need of attention. One problem China's consumption scenario now faces is that total consumption is shrinking faster than expected, with structural changes taking place in the sector. Major dragging forces include the furniture sector, with a year-on-year drop of 8.2 percent in January-October, the home decor sector, which fell 5.3 percent, and durable goods and home appliances edging down 0.8 percent.

What's more, consumption of jewelry also showed negative growth in the third and fourth quarters. This further points to worsening expectations. Therefore, for consumption, it is indeed necessary and urgent for the government to implement effective policies, and at the same time, exert efforts in some special areas to consolidate healthy consumption.

For China, to get the economy on a steady growth track next year, policy needs to reverse the consumption downtrend while ensuring stable investment momentum. But there is a problem, as limited policy expansion expected next year will make it difficult to find more financial resources and ensure a larger expansion of investment and consumption at the same time. While the government, to this end, considers the allocation of consumption and investment funds, it should also be alerted to the fact that fewer efforts in investment will inevitably lead to employment issues, which will also have a serious impact on consumption.

Therefore, we must choose projects that well integrate consumption and investment. For example, the government can expand subsidized housing projects, which will ease the decline in real estate investment and, at the same time, increase household purchases of decor, furniture and durable goods. Then there can be followup policies on the consumption side to further promote household spending.

To achieve this, investment policies need to be coordinated. The increase in the proportion of subsidized housing construction means that the amount of government investment will be greatly increased. This will undoubtedly and comprehensively improve market expectations and livelihoods. With expectations recovering, household consumption of furniture, decor and durable goods, accompanied by supportive policies, will generate better results and trigger investment expansion in return.

The writer is president of the Shanghai University of Finance and Economics. This article is part of his speech to an online forum organized by the China Macroeconomy Forum, a think tank.