Investment negative lists on the way 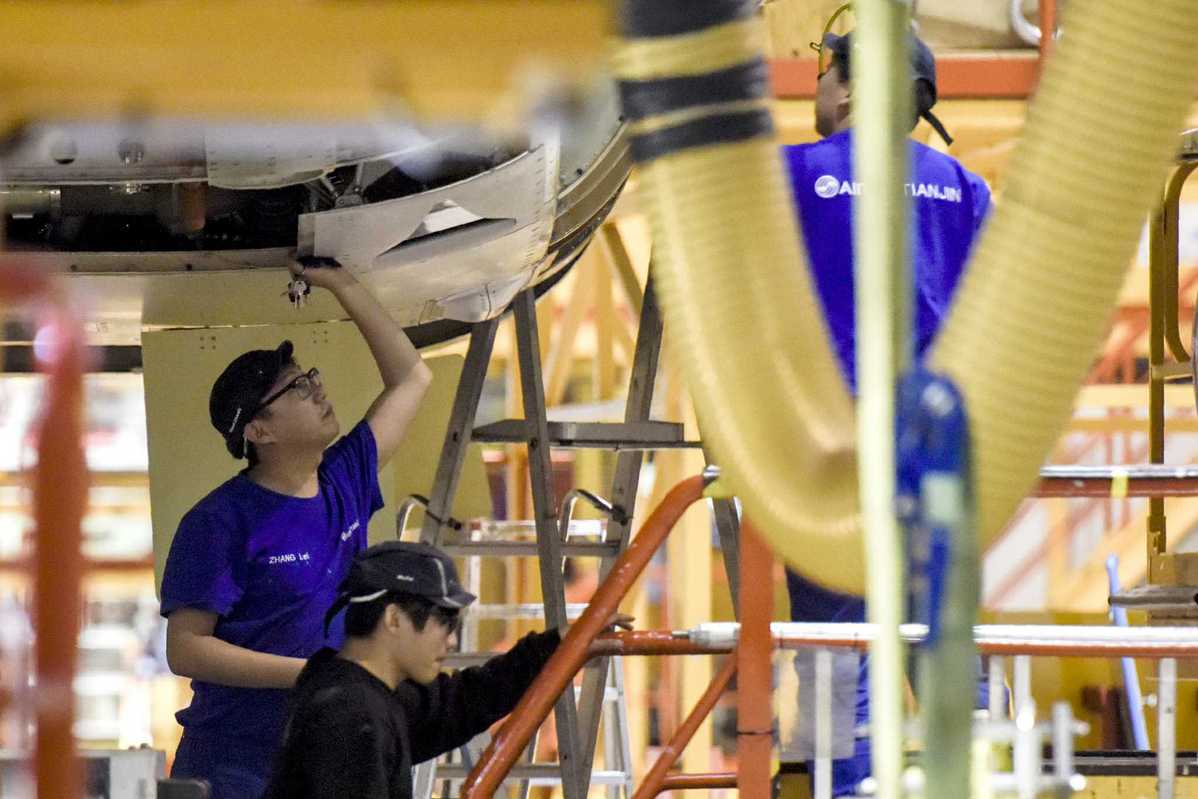 Employees work on the assembly floor of the Airbus Tianjin plant. [Photo/Agencies]

China is expected to release and implement two updated foreign investment negative lists by July 1, as foreign direct investment in the Chinese mainland continued a strong run, according to the Ministry of Commerce.

The two upcoming lists, one for nationwide implementation and one for pilot free trade zones, is one of China's concrete moves to further liberalize market access for foreign investors.

Negative lists identify sectors where foreign participation is restricted. It is a common practice adopted in many countries to manage foreign investment.

Vice-Minister of Commerce Wang Shouwen said the upcoming lists, which conform to high international standards, would be much improved compared with the previous versions.

More sectors would be opened up to foreign investors based on the lists, which are much anticipated, Wang said at a recent news conference.

To further enhance investment facilitation, provincial-level governments will be given the right to set up or alter the businesses of foreign-invested enterprises with total investment of $1 billion or less which are mentioned in the upcoming lists, according to Wang.

Gao Feng, a spokesman of the Ministry of Commerce, said at an earlier news conference that besides the finance and automobile sectors that have already been announced, other sectors subject to the upcoming lists will include energy, resources, infrastructure, transportation, commercial and professional services.

There will be a transitional period for some industries, and the new lists will set out specific opening-up measures that will be unveiled in the next few years, Gao said.

China has been going full steam to broaden its market access for years, with implementation of a slew of measures.

Data from the commerce ministry show, China's actual use of FDI continued to maintain a steady growth since the beginning of 2018, a year marking the 40th anniversary of the nation's reform and opening-up policy.

In the first five months, FDI into the Chinese mainland jumped by 3.6 percent year-on-year to $52.66 billion. In May alone, the figure registered a growth of 11.7 percent from the same period last year.

Sang Baichuan, a professor with University of International Business and Economics, said China's adoption of the management model of pre-establishment national treatment with a negative list meets the standards of international capital market.

Sang said there is room for further reduction of the negative list, and government departments concerned need to coordinate the two lists－one for nationwide implementation and the other for pilot free trade zones－into one simplified version which can be applicable to the whole nation.