Domestic and foreign investors are betting on shares of construction and engineering companies involved with China's new infrastructure bid to stabilize economic growth, which was rolled out at the end of 2018 and the beginning of 2019. 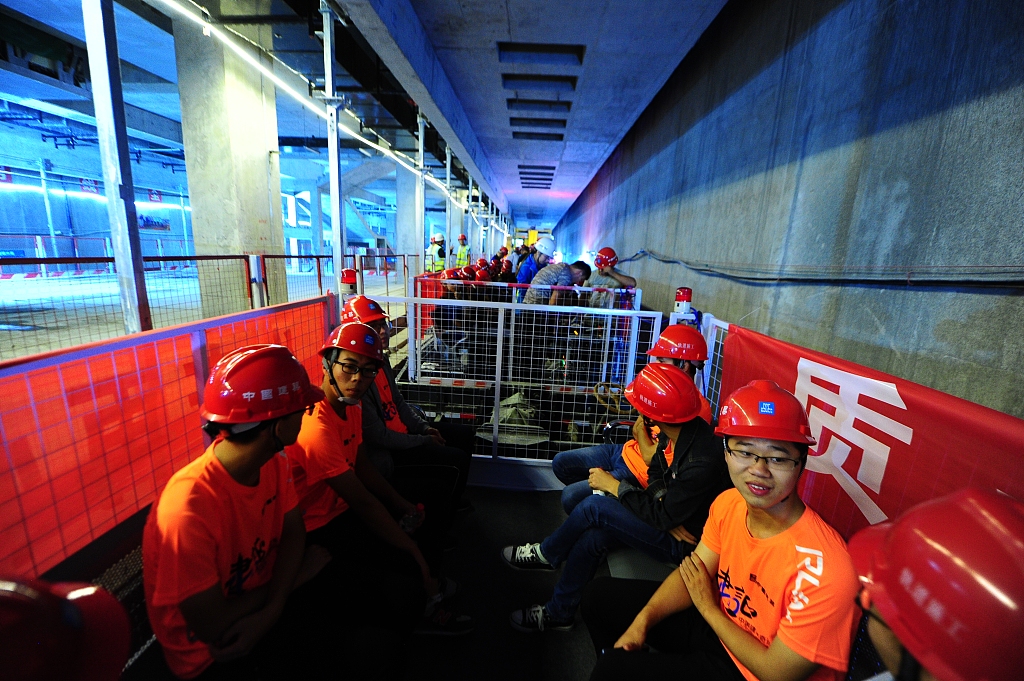 This round of infrastructure investment is by no means the old debt-driven playbook. It is more efficiency-focused, and it is also expected to inject new momentum into the sustainable development of China's economy, analysts said.

Since December, the country has announced infrastructure projects with a total value of more than 930 billion yuan ($135.75 billion), lifting the shares of construction and engineering companies even as the broad A-share market declined.

For example, shares of Xianghe Industrial, based in East China's Zhejiang Province, rose by the 10 percent daily limit on Tuesday, closing at 12.94 yuan.

According to a report on China's economic and financial outlook for 2019 released by the Bank of Communications on Friday, domestic policies at the macro-level have clearly turned and the focus is on increasing investment in infrastructure.

The accelerated pace of infrastructure investment will support the growth of investment.

In 2018, infrastructure investment fell sharply, mainly due to macro-policies such as deleveraging, local debt curbs, a comprehensive public-private partnership (PPP) project inventory, and an increasing emphasis on environmental protection, the report said.

Infrastructure investment from January to November rose 3.7 percent year-on-year. Road transport investment in the period climbed by 8.5 percent from the previous year, decreasing 1.6 percentage points, data from the National Bureau of Statistics showed.

New infrastructure investment will not cause debt risks, Liu Xuezhi, senior analyst of the Bank of Communications, told the Global Times on Tuesday.

"Infrastructure investment is estimated to see 10 percent growth in 2019, which will be about 1.7 trillion yuan, and the providers of this new funding will attach greater importance to efficiency and returns," Liu said.

Special-purpose bonds for local governments differ from traditional local government bonds in that they are repaid by returns on projects instead of the government's coffers. They also have no government guarantees, according to a Guangfa Securities report in October.

"Another major funding resource is PPP programs, which came under strict regulation in 2018. This channel is expected to attract more private capital, which also regards a return on investment as important," Liu said.

Infrastructure investment is an effective tool to cope with a growth slowdown. That's been proved by developed countries and China's own history, Li added, and China's infrastructure construction is fairly competitive across the world.

Fifth-generation (5G) telecommunications, the industrial internet and the Internet of Things, as well as inter-city transportation, logistics and municipal infrastructure are all promising areas, according to the Bank of Communications report.

Zhao Jian, a professor at Beijing Jiaotong University, told the Global Times on Tuesday that there is great potential in China's railway sector.

"To accelerate freight railway construction across China, especially to remote areas, will significantly improve the transport structure and efficiency. These will all be projects with good returns," Zhao added.