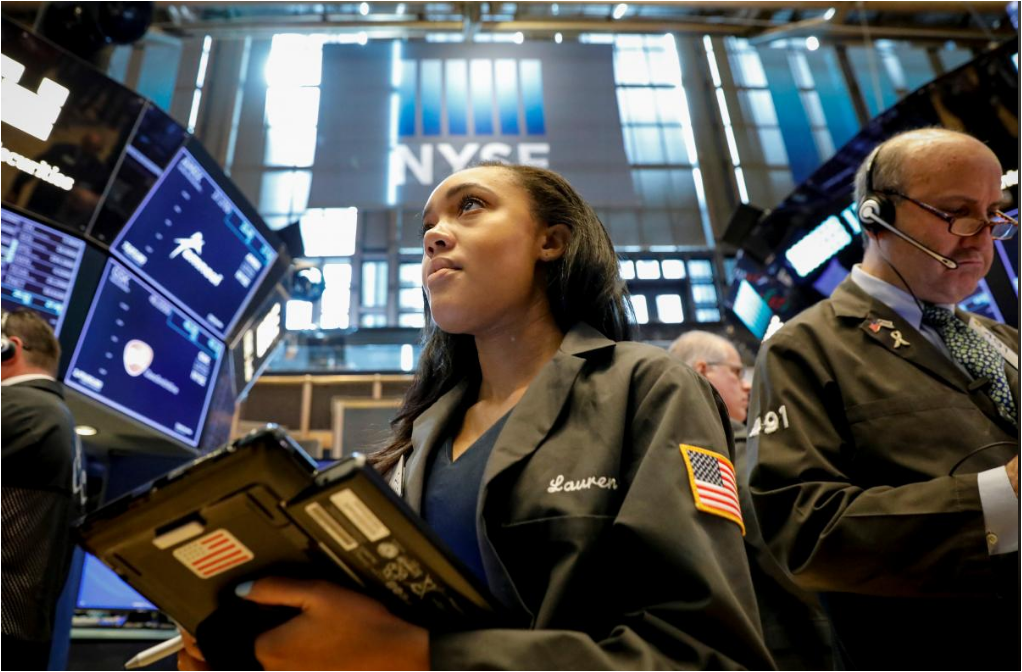 The consumer staples index .SPLRCS, the S&P 500’s biggest laggard for 2018, could have further to fall and may even look less appealing as a defensive play in the event the economy turns sour.

The sector, which includes suppliers of so-called recession-proof items ranging from toilet paper and toothpaste to canned soup and cookies, has fallen 13 percent in 2018, on track for its first annual decline since 2008, while the S&P 500 .SPX is up 1.7 percent year-to-date.

Investors have been turning away from staples companies because they are grappling with changing consumer preferences, fierce competition and other obstacles to raising prices even as their costs swell.

On top of this, the sector - long viewed as a defensive play partly because of its high dividends and predictable growth rate - faces tough competition from fixed income investments while US Treasury yields are rising, and from other equities as most industry groups are generating faster earnings growth.

Consumers are showing less loyalty to food and household brands than ever before, according to Burns McKinney, a portfolio manager at Allianz Global Investors in Dallas. As a result shoppers are more easily drawn toward cheaper store-brands for goods such as toilet paper, putting pressure on brand names.

A growing preference for healthier, fresher food is keeping people away from pre-packaged staples. Health concerns are also hurting tobacco companies such as Altria  as smokers increasingly favor cigarette alternatives.

And, as brick and mortar retailers face tough competition from online retailers such as Amazon.com , they are putting pressure on product suppliers to keep prices low.

Wall Street currently expects 2018 earnings growth of 11.4 percent in the staples sector, down from the 11.6 percent expected on April 1 and slower than all but two of the S&P 500’s 11 other major sectors, according to Thomson Reuters data.

The broader S&P is expected to report earnings growth of 22 percent for 2018.

“We’re right now in an earnings driven market and there are other sectors that have a much better earnings outlook,” said John Praveen, chief investment strategist at Prudential International Investments Advisers LLC in Newark. “I don’t see the catalyst for this sector to do well in the near term.”

The consumer staples sector currently trades at 19 times earnings on a 12-month trailing basis, indicating a roughly 10 percent discount to the S&P 500’s multiple of 21, according to Wells Fargo’s Samana. He adds that the “the trough for staples” typically happens when the sector trades at a 20 percent to 30 percent discount to the rest of the market, implying a multiple of 15 to 17.

To be sure lower valuations and a weak economy could eventually give some support to staples.

“We would get interested if valuations lowered to levels that compensated investors to take on the risk of the sector,” said Samana. “They don’t trade all that cheap compared to the market right now.”

Staples stocks tend to perform better than the broader market in a weak economy as investors bet that even if consumers have to cut back on spending they still need to buy things like toilet paper, soap and food basics. But Prudential’s Praveen sees the US economy staying strong through 2018 and 2019.

But some investors like Paul Nolte, portfolio manager at Kingsview Asset Management in Chicago, say current valuations could present an opportunity.

But even if investors do look more kindly on the staples sector in economic downturn, the sector’s may be “less of a port in the storm” than in the past, said Wells Fargo’s Samana.