BUSINESS Investors give nod of approval to NEV sector

Investors give nod of approval to NEV sector 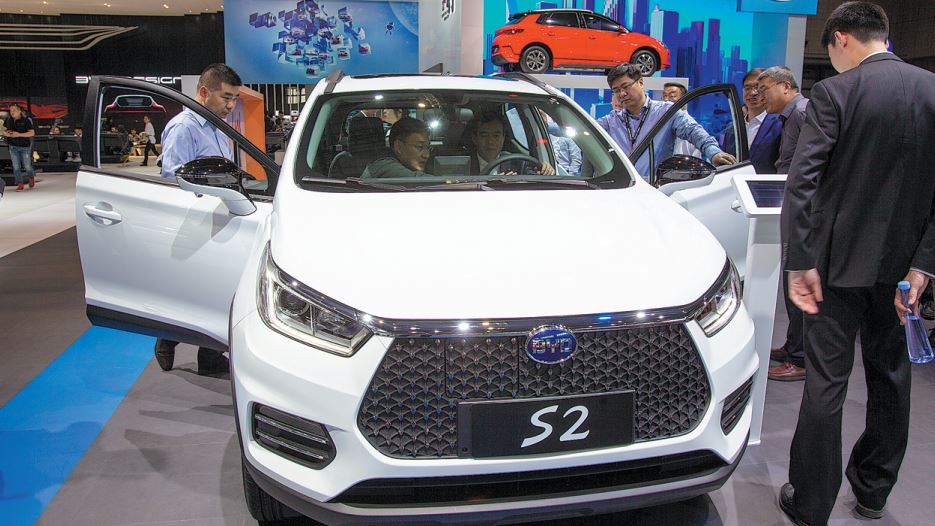 Visitors try out a BYD S2 electric model at the Shanghai auto show in April. (Photo provided to China Daily)

Despite China's cut in subsidies for new energy vehicles and the slowdown of sales growth, investors at a recent forum said now is a good time to invest in the nascent sector that is believed to be the future of the automotive industry.

China put in place a financial stimuli plan for electric cars, plug-in hybrids and fuel cell vehicles in 2009, but officials have been cutting subsidies, most recently in June, and will stop them altogether by the end of 2020.

The move, coupled with the overall slowdown of China's car market and recent fire accidents, has affected sales of new energy cars in the country, which overtook the United States as the largest market for such vehicles in 2015.

Although sales maintained a 20.8 percent growth year-on-year to total 872,000 in the first three quarters, they have fallen for three consecutive months since July, according to statistics from the China Association of Automobile Manufacturers.

Despite the situation, Fosun Capital Co-chairman Zhang Liangsen said it is a now-or-never opportunity for investors.

"The new energy vehicle industry is quite young. And any new industry is likely to see tremendous development in a short period of time, especially in China, where there are 40 million engineers," said Zhang at a forum held by Securities Daily in Beijing earlier this month. "We can see most of our past concerns have been solved and many of our current concerns will be solved in two years," he added.

Baidu Capital Chief Financial Officer Zhang Jinling said despite the subsidy cuts, the new energy vehicle industry is expected to see growth because the government is not withdrawing its support, but rather shifting it to vehicle use including building charging infrastructure. She said the new features of such vehicles are of principal importance. They range from connectivity to some autonomous driving functions, which will make them fast-moving consumer goods.

When asked about the time required for the investment to generate returns, Zhang said Baidu has enough patience.

"The new energy vehicle is no doubt the direction of future automotive development," she said. "Like any other new industry, there will be some setbacks and obstacles. But I can tell you that we can and we will wait." Baidu is one of the investors behind electric vehicle maker WM Motor, which delivered 12,799 vehicles in the first three quarters as the best-selling startup this year in China.

Brian Gu, a former senior executive at JP Morgan and now president of startup Xpeng Motors, said like many other sectors including smartphones, the growth of the new energy vehicle industry will speed up when their market share reaches 10 percent. "When it reaches 10 percent, which may take two to three years from now, people will feel they have something to do with electric cars, because such vehicles are easy to find around them," said Gu.

Gu said the charging infrastructure and cost will further improve when the number of electric vehicles reaches that threshold.

Last year, China's new energy vehicles totaled 1.25 million, accounting for 4.4 percent of total vehicle sales in the country, according to the China Association of Automobile Manufacturers.

Besides startups, electric vehicle brands of traditional carmakers are speeding up their efforts to sharpen their competitive edge.

Ma Fanglie, president of BJEV, the new energy vehicle arm of State-owned BAIC Group, said the carmaker has been going upward with increased investment in research and development.

"Cutting the subsidies may not necessarily be a bad thing. It can help weed out the incompetent companies and allow the competitive to stand out," Ma said.

He said 20 percent of BJEV's sales revenue is spent on research and development.

In August, it opened a $291 million experimental and testing facility, which is the largest of its kind in the country.

Ma said 80 percent of its sales are medium-and high-end models, priced above 120,000 yuan ($16,985). Its sales in the first three quarters totaled more than 100,000. BJEV has been China's best-selling electric vehicle brand for six years in a row.