BUSINESS IPOs on HKEX hit a record high in Q1

IPOs on HKEX hit a record high in Q1 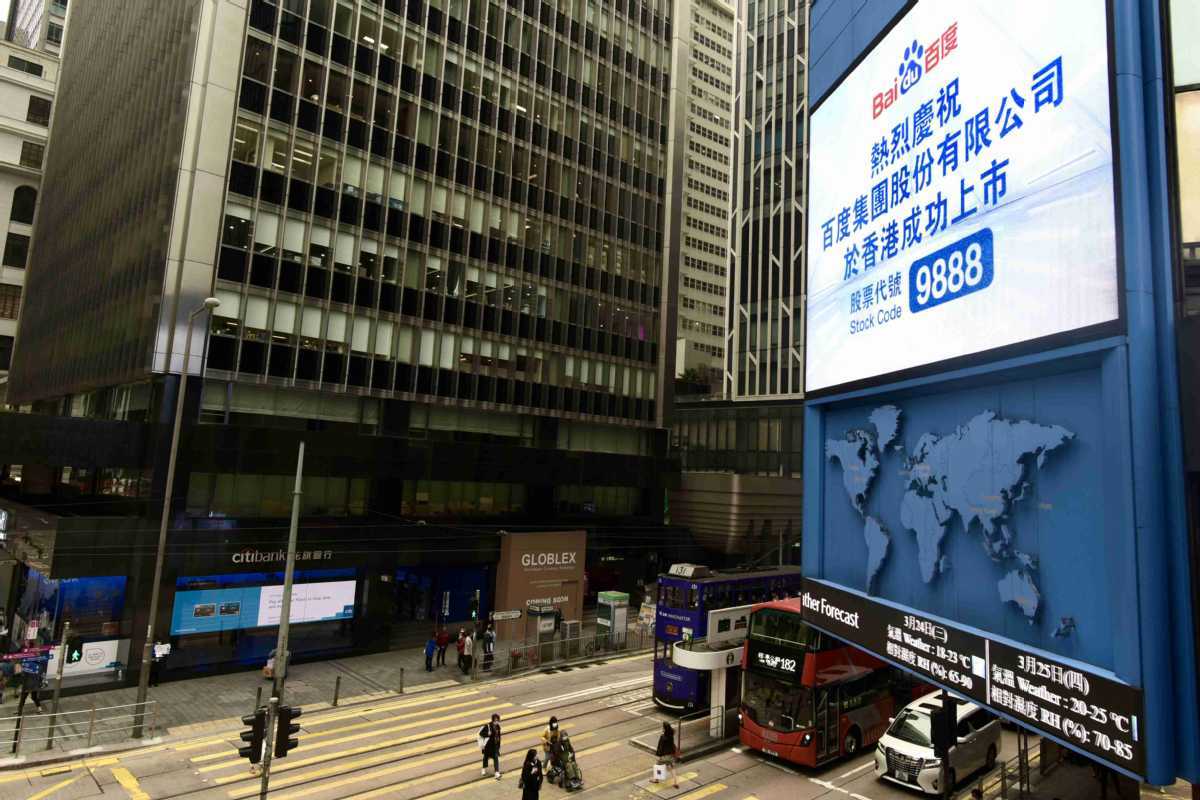 IPOs on Hong Kong Exchanges and Clearing Limited (HKEX) hit a record high in the first quarter of this year, driven by a wave of secondary listings by Chinese companies, 21jingji.com reported on Thursday.

The number of new economy IPOs listed on the HKEX and the amount of capital raised increased significantly in Q1, with 13 new shares listed on the HKEX, raising HK$117.2 billion, up 225 percent and 3,452 percent, respectively, compared with the same period last year, said Liu Zhijian, managing partner of Deloitte's national listing business group in South China.

The share of IPOs trading at more than 40 times earnings reached 13 percent during the same time, compared with none at the same time last year.

About 120 to 130 new IPOs are expected to be listed in Hong Kong, with the amount to be raised on track to surpass 2010's level of nearly HK$450 billion, according to Ou Zhenxing, managing partner of Deloitte South China.

It is estimated that more than 10 Chinese mainland companies will return to Hong Kong for secondary listings, raising more than HK$100 billion, and four to five major new economy companies will list in Hong Kong, each raising at least HK$10 billion, Ou said, as reported by 21jingji.com.

Special Purpose Acquisition Company, or SPAC, has gained popularity these years, with many rich people in Hong Kong getting involved in it.

A SPAC refers to a company that does not have any operating history at the time of its initial public offering and the "shell company", established by investment institutions, raises money for the sole purpose of merging an unlisted company, which can save the latter a lot of paperwork to prepare for listing.

HKEX is projected to provide consulting service on SPAC-listing mechanisms in June this year at the earliest and the first SPAC is expected to be listed by the end of this year, according to market insiders.

Back by the market with huge growth potential in Chinese mainland, IPO market of China's HKEX has ranked first in the world in seven of the last twelve years. A total of 154 companies raised HK$398 billion last year, the highest amount raised in a single year since 2010.