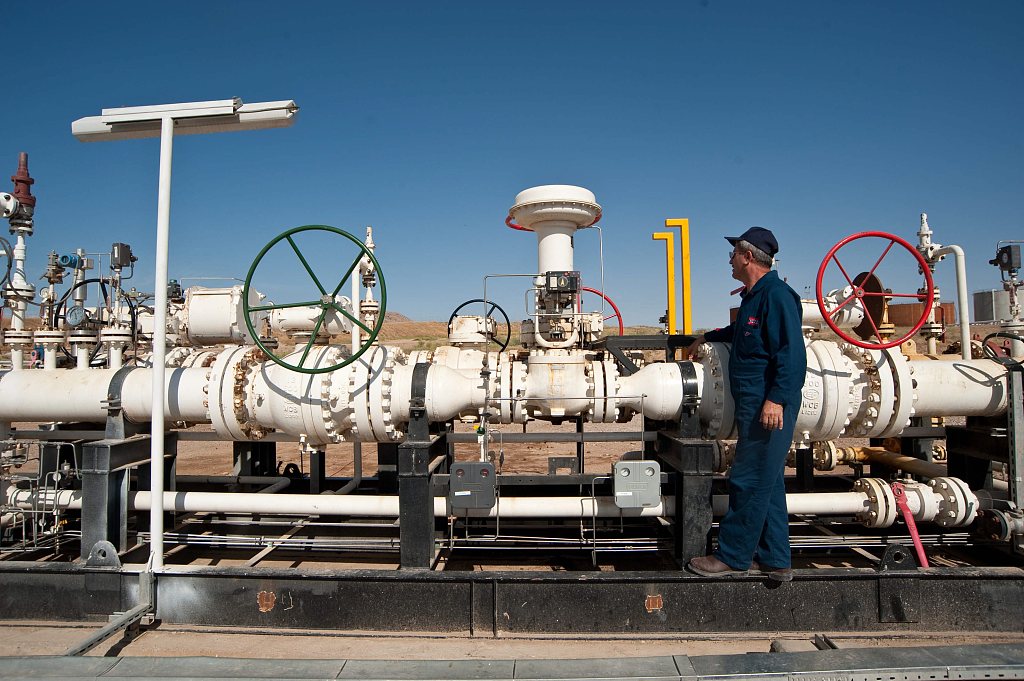 Iraq's total exports of crude oil in October was over 106.8 million barrels, at an average of 3.445 million barrels per day, which brought in revenues of 6.107 billion dollars for the month, a ministry statement said, citing statistics of the State Organization for Marketing of Oil.

The average selling price for crude in October was 57.15 dollars per barrel, the statement added.

It said that Iraq also exported 307,292 barrels of crude oil to neighboring Jordan during October.

Iraq's economy heavily relies on exports of crude oil, which account for more than 90 percent of the country's revenues.