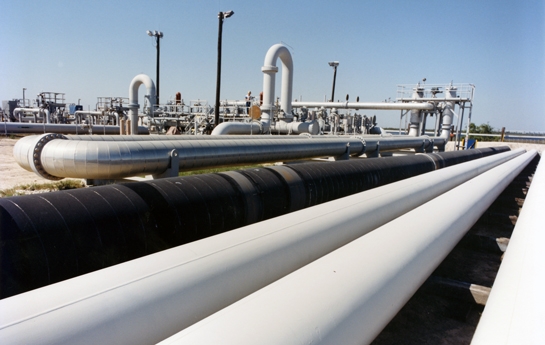 The Iraqi Oil Ministry on Thursday said it has signed a contract to build an oil refinery in the oil-rich province of Kirkuk.

The refinery will produce 70,000 barrels per day to cover the local need of oil derivatives under the deal signed by the ministry with Ranya International, a company based in the semi-autonomous Kurdistan region, the ministry said in a statement.

"The construction of the refinery represents the first step to invest in the refining sector and produce enough oil derivatives to cover all the local need in Kirkuk and the nearby provinces," said Iraqi Oil Minister Jabbar al-Luaiby at the signing ceremony.

Diyaa Faafar, an advisor in the ministry, said the ministry will increase the capacity of oil production through strategic plans to establish a number of investment refineries in the provinces of Nineveh, Anbar, Dhi Qar and other places.

Iraq's capacity of producing oil derivatives has dramatically declined due to the damages to its largest refinery in Baiji, some 200 km north of Baghdad, when it was captured by the extremist group Islamic State (IS) in 2014.