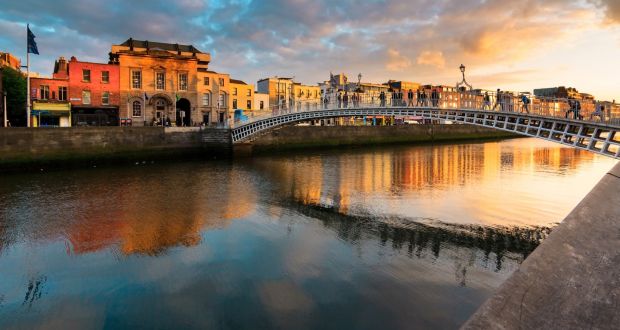 DUBLIN, June 24 (Xinhua) -- A high-level forum aiming to further strengthen the business links between China and Ireland was held here on Monday afternoon, attracting nearly 150 people from the business circles of the two sides.

Entitled Ireland-China Trade and Investment Forum, the half-day event was organized by Ireland China Business Association(ICBA), an Irish organization dedicated to the promotion of the economic and trade cooperation between Ireland and China, in collaboration with China Council for the Promotion of International Trade (CCPIT), a national foreign trade and investment promotion agency in China.

A six-member delegation headed by CCPIT Chairperson Gao Yan, who was a former Chinese vice minister of commerce, attended the forum which was held in Dublin's top InterContinental Hotel.

During the forum, a memorandum of understanding on the cooperation between CCPIT and ICBA was signed by Gao and Devlin.

A panel discussion and a round table B2B meeting were also arranged during the forum to help delegates to have a better understanding of each side's business environment and investment opportunities.

The forum took place at a time when both China and Ireland are celebrating the 40th anniversary of the establishment of the diplomatic ties between the two countries, which falls on June 22.

It is learned from the forum that the economic and trade cooperation between China and Ireland has witnessed a rapid development over the last forty years, especially over the last seven years since both sides formed a mutually beneficial strategic partnership in 2012.

Chinese Ambassador to Ireland He Xiangdong told the forum in his speech that the bilateral goods trade value between China and Ireland amounted to over 14.5 billion US dollars in 2018 compared with a meagre 5.15 million US dollars in 1979 when the two countries established the diplomatic ties.