DUBLIN, Aug. 16 (Xinhua) -- The trade between Ireland and China continued to grow in the first half of this year (H1) despite the COVID-19 pandemic, according to data released by Ireland's national statistics bureau CSO on Monday. 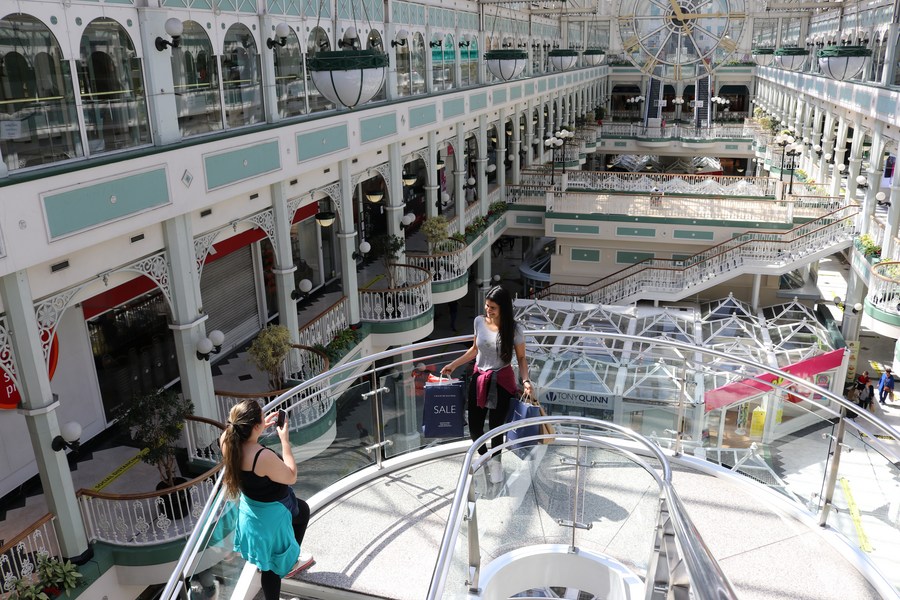 In the first half of this year, the combined value of the goods traded between the two countries amounted to nearly 9.08 billion euros (about 10.7 billion U.S. dollars), an increase of 279 million euros or up 3.17 percent compared with the same period last year.

In the January-June period, Ireland exported more than 5.61 billion euros worth of goods to China, down by less than 1.5 percent year-on-year, while its imports from China increased by nearly 12 percent to about 3.47 billion euros.

The trade surplus that Ireland enjoyed over China in the first half of this year was more than two billion euros.

In the first six months of this year, Ireland's exports to and imports from China accounted for 6.95 percent and 7.2 percent of its total exports and imports, respectively.

Ireland exported 80.67 billion euros worth of goods in the first half of this year, down about 2 percent from a year ago, while its total imports in the period were valued at 48.08 billion euros, up almost 20 percent year on year. (1 euro = 1.18 U.S. dollars)