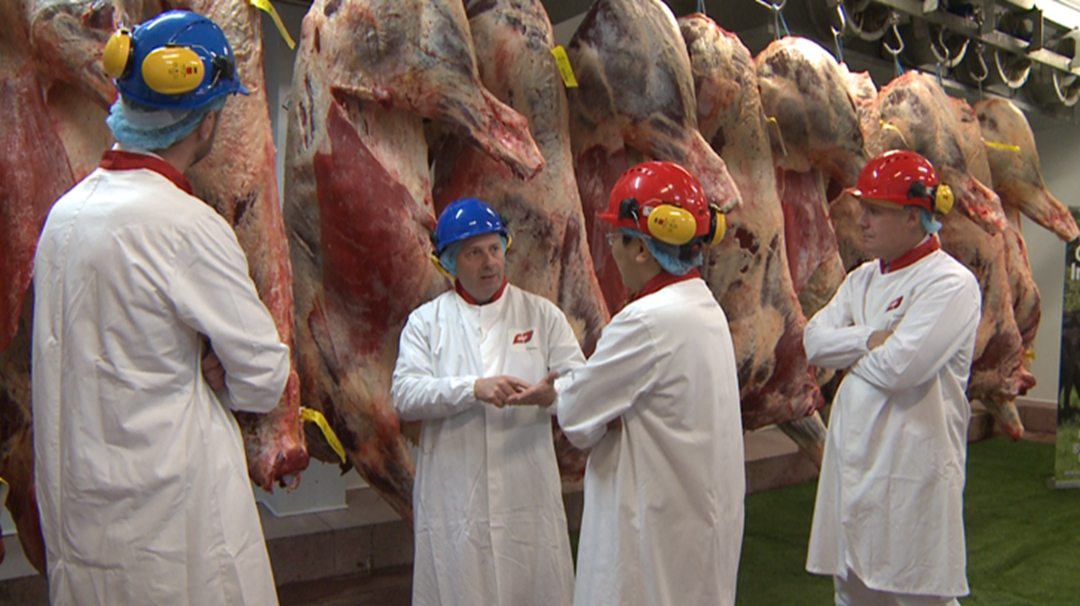 Ireland will be putting its best foot forward at this year's China International Import Expo with the hope of increasing exports to the country.

Ireland is one of the biggest net exporters of beef in the world.

Last year, Ireland produced 580,000 tonnes of beef and 90 percent was exported. With Brexit looming, expanding the international market has been extremely important for the country.

Irish beef had been absent from the Chinese market for nearly 18 years as the result of an outbreak of mad cow disease in Europe. So when China recently reopened its doors to the meat import, Irish beef producers had cause for celebration.

ABP Food Group is the first Irish beef processor to secure a contract in China, supplying Chinese restaurant chain Wowprime. It also launched a range of beef products on JD.com, one of China's largest online retailers.

"As of today, Ireland has six factories approved to export to China. At the moment, the Irish government is working with Chinese government to put forward more factories to be approved later this year," said ABP International Managing Director Mark Goodman. "With markets like China coming on stream, it is a massive help to reduce the risk of the impact of Brexit in the Irish beef industry and Irish farmers."

Beef is China's fastest-growing category of meat consumption, but supplies are unlikely to keep up with demand. The country is now the world's second largest beef importer, just behind the United States.

As a country that depends heavily on international trade, Ireland is constantly looking for new market opportunities. Officials and businesses here say they are enthusiastic about the potential that China has to offer.

"In a very short period of time, the Chinese market has become the target market for Irish agriculture and food exports," said Michael Creed, Irish Minister for Agriculture, Food and the Marine, who lead a large delegation of Irish food industries representatives to China in May to strengthen trading relations with international markets against the backdrop of Brexit.

"We believe that the growth in China is hundred and thousands tons of beef. We are look obviously for percentage of that in Europe because the natural growth in the Chinese market is significant towards beef as consumers are increasing more and their incomes increase continuously," said Tara McCarthy, Chief Executive of Bord Bia (Irish Food Board). "What we are seeing now is opportunity for European beef as Ireland was one of the first European beef exporters to have an opportunity in China."

For Irish beef processors, China's International Import Expo in Shanghai is a golden opportunity. There, they'll present the case for their beef sector to over 150,000 Chinese buyers. The aim is to expand their country's beef exporter even further.

"We are delighted to be coordinating Ireland's national food and drink presence at China International Import Expo. We are already organizing for a number of companies to display there and we will be able to talk to Chinese customers about our premium quality, traceability and the origin of product," said McCarthy, who is leading a delegation of Irish food exporters at the event.