BUSINESS Is Boeing too big to fail?

Is Boeing too big to fail? 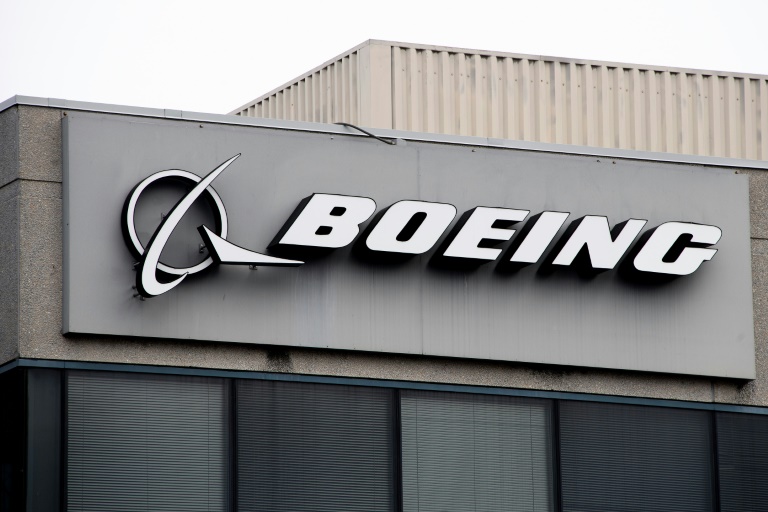 US politicians have not turned on Boeing, despite two deadly accidents tarnishing the aircraft manufacturer's reputation. (Photo: AFP)

The grounding of the 737 MAX for more than four months after two deadly accidents has tarnished Boeing's reputation, but it still has the confidence of US policymakers.

This is despite the fact that one of the MAX flight systems, the MCAS, has been cited in both accidents.

Is this an indication that the American aerospace giant is too big to fail?

President Donald Trump, whose mantra is "America first," certainly criticized Boeing early in his administration over the presidential plane, Air Force One, but he has been largely silent about the recent woes.

The wave of negative press about the flaws that caused the deaths of 346 people did not prompt legislators to summon Boeing CEO Dennis Muilenburg before Congress to inflict on him the kind of humiliation Wall Street bankers were subject to following the global financial crisis.

"Boeing is one of the engines of the US economy, it's way too big and too important for the United States," said Michel Merluzeau, an expert at Air Insight Research.

If American politicians were to attack the manufacturer, they would be shooting themselves in the foot, Merluzeau said, because "there are many jobs involved, a very, very numerous supply chain and it cannot be replaced with Facebook or Google that don't produce anything tangible."

Founded 103 years ago, Boeing employs more than 150,000 people around the world, the vast majority in the United States.

In addition to direct jobs, its subcontractors -- like General Electric (GE), United Technologies and Spirit Aerosystems -- are large US industrial employers.

The location of Boeing plants resembles a political campaign map, with facilities in Republican strongholds like Alabama, South Carolina and Texas, and Democratic areas like California and Washington, as well as states that helped Trump win the election: Pennsylvania and Arizona.

And Muilenburg has shown political savvy in his picks for the company's board of directors, naming Nikki Haley, former governor of South Carolina and Trump's former ambassador to the United Nations, and Caroline Kennedy, ally of former president Barack Obama and daughter of former president John F. Kennedy.

Boeing is a dominant player not just in civilian aircraft but in the defense and space industries, and is a major supplier to the Pentagon.

The company produced the famous B-17 and B-29 bombers of World War II and the B-52 used the Vietnam War. Today it produces a variety of aircraft including the F/A-18 Super Hornet fighter jet, Apache attack helicopters, the B-1 bomber and combat drones.

It also is part of SpaceX, which will manage travel to the International Space Station.

And Boeing manufactures the presidential plane, the iconic Air Force One.

But Boeing also "can be used as a strategic tool," said Arthur Wheaton, a professor at Cornell University in New York.

Chinese purchases of Boeing aircraft are part of trade negotiations with Beijing, according to a source, since that can be a fast way to reduce the US trade deficit.

US civilian aircraft exports fell 12 percent to $20.4 billion in May, due to the MAX crisis, which affected the GDP, according to government data.