BUSINESS Is China 'hoarding' US chip equipment amid a global shortage?

Is China 'hoarding' US chip equipment amid a global shortage? 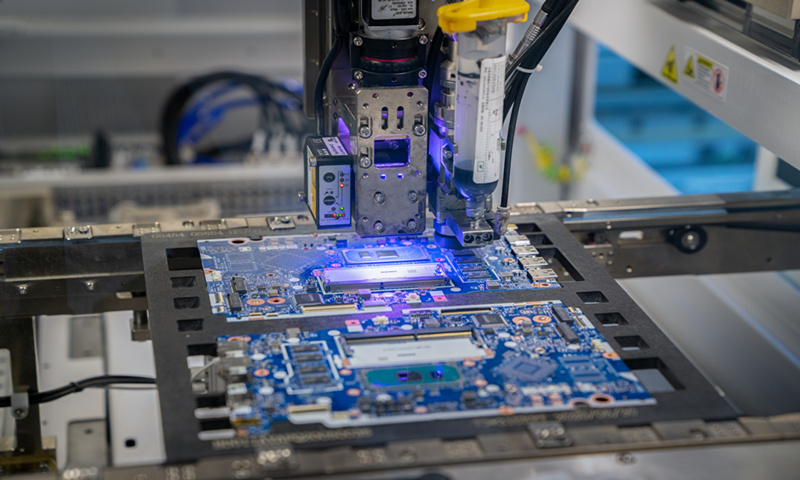 China has substantially increased imports of semiconductor equipment from the US over the past few months, a recent industry analysis showed, sparking speculations that China was "hoarding" the crucial equipment amid the US' crackdown and a global shortage.

Chinese industry sources said that the trend reflects expansion in the domestic chip manufacturing sector and that such an expansion in fab capacity is not only happening in China but around the world.

Exports of US semiconductor equipment to China from January to May stood at $2.196 billion, a 55 percent increase from the same period last year, according to ET News' analysis of "USA Trade Online" on Sunday.

On a quarterly basis, the figure also rose. In the first quarter of this year, US semiconductor equipment exports to China amounted to $1.271 billion, up about 20 percent quarter-on-quarter, according to the analysis.

The report said that China's semiconductor equipment purchases are rising sharply, "which is interpreted as a move to buy at least one more set of equipment before US pressure intensifies," and due to China's "hoarding," the supply and demand situation for equipment that is already difficult to obtain will "deteriorate."

"We didn't see any 'hoarding' of chip equipment," a source at a Wuhan-based chip company told the Global Times on Sunday, noting that there are more Chinese companies moving into the area with support by the central government, which could generate new demand.

Most major Chinese internet giants have also announced forays into the chip sector over the past year or even earlier.

Last week, new postings for chip development jobs on the official website of Tencent sparked speculation that the Chinese tech giant was ready to venture into the core technology. Tencent's foray means that all three giants in China's digital economy - Baidu, Alibaba and Tencent, known as BAT - are now involved in the business.

In the global market, internet giants including Google, Amazon and Facebook have also made similar moves to develop in-house chips.

If there's truly an increase in chip equipment imports, it's mainly due to surging chip manufacturing amid a global shortage, Fu Liang, a veteran industry analyst, told the Global Times on Wednesday, adding that not only Chinese chipmakers but also industry players around the world are expanding.

Industry observers refuted media reports saying some industry players, including those in South Korea, have been influenced by China's "sweeping move" in the industry, which may further lead to global equipment shortages.

ET News cited SK Hynix, which said that it will move up some of its investment for next year into the second half of this year because of the prolonged equipment delivery period and concerns about supply-demand imbalances.

However, an industry source told the Global Times on Wednesday that "such a comment doesn't imply that SK Hynix is having difficulties in the procurement of semiconductor equipment."

"The fact is that SK Hynix is executing the accelerated capex for installing equipment for recently established new fab facilities, meaning that such capex was based on our original plan, in general," said the source.

"Due to current market conditions, with equipment demand rising globally, such accelerated capex is actually quite common among major players in the industry," the source said.

Analysts also said as a major manufacturing base, it's common for China to see increased purchases of chip-related devices to cope with shortages.

In May, China's output of integrated circuits (IC) reached a single-month high as the country pulled out all stops to produce chips amid a severe global shortage, according to official data.

China's IC output in May surged 37.6 per cent from a year earlier to 29.9 billion units, National Bureau of Statistics data showed.