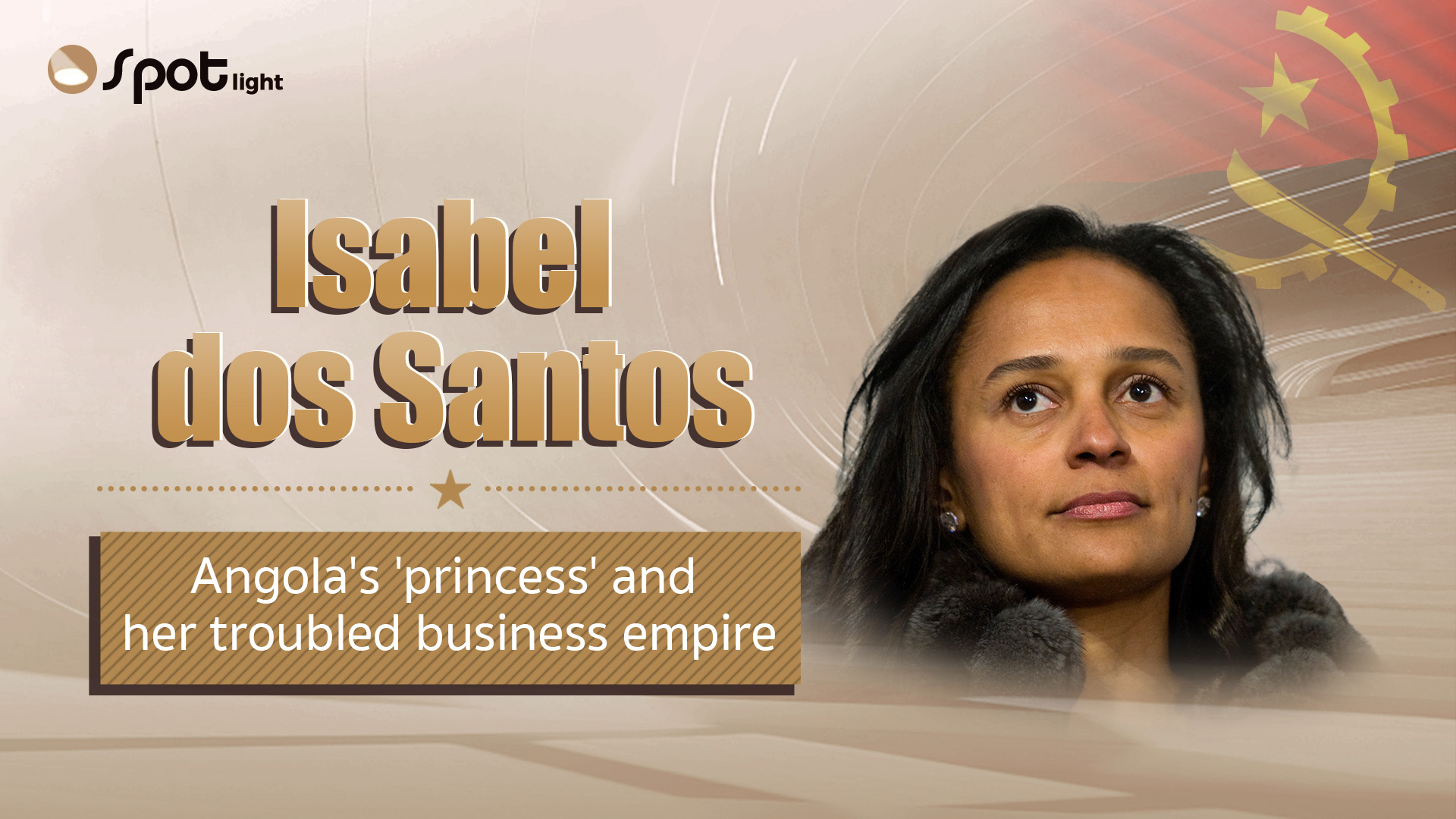 The 46-year-old business tycoon and former Angolan president's daughter, who is worth more than 2 billion U.S. dollars, presides over a business empire which spans from diamonds to cement, banking to oil, supermarkets and beer. Dos Santos' entrepreneurial ventures are mostly based in her native Angola, the southwest African country in which she is nicknamed "princess," and its former colonial power Portugal.

But on New Year's Eve, the Angolan authorities froze dos Santos' financial assets on domestic soil. The country's public prosecutor has since named her as a suspect in a criminal investigation relating to the loss of over 1 billion U.S. dollars from the public purse via state oil firm Sonangol.

Weeks later, in mid-January, the Luanda Leaks, the fruits of an investigation by multiple media platforms, revealed alleged dodgy dealings across dos Santos' businesses. News reporting on the data leak detailed how the entrepreneur and her husband, Congolese art collector Sindika Dokolo, allegedly robbed the Angolan people via state-owned companies.

The fallout has been just as murky as the initial investigation, with a Portuguese banker implicated in dos Santos' financial issues found dead in the capital Lisbon just a few days after the story broke. Swiss luxury jeweler De Grisogono, of which Angola's state diamond firm Sodiam and dos Santos' husband Dokolo are the main owners, filed for bankruptcy on Thursday.

What are the Luanda Leaks?

The Luanda Leaks, named after Angola's coastal capital, are a collection of more than 715,000 confidential business and financial documents, including emails, contracts and accounts. First obtained by the Platform to Protect Whistleblowers in Africa, an advocacy group, the stash was shared with the International Consortium of Investigative Journalists and 36 media partners worldwide.

According to the leaks, dos Santos used her powerful position as a business tycoon and daughter of former Angolan President José Eduardo dos Santos to funnel money out of Sonangol via a Dubai-based consultancy and ensnare Sodiam in a high interest loan to a private bank in which she is the biggest shareholder, among other alleged financial misdemeanors.

Supposedly ill-begotten cash was laundered via shell companies in secrecy jurisdictions such as Malta and the British Virgin Islands.

Angola's first family as part of the bigger picture

It is the bigger picture that has added fuel to the fires of dos Santos' critics.

An Organization of the Petroleum Exporting Countries (OPEC) member, Angola is Africa's second-biggest oil producer and sub-Saharan Africa's third-largest economy after Nigeria and South Africa. But many believe the country's wealth has been grasped by the hands of too few. Two-thirds of the Angolan population live on less than 2 U.S. dollars per day, according to the World Bank.

Dos Santos' father, José Eduardo, ruled Angola for 38 years until he stepped down in 2017. It was dos Santos senior who installed his daughter at the helm of Sonangol in June 2016 until her sacking in November 2017 by current President João Lourenço.

Isabel dos Santos' business empire encapsulates a plethora of state-owned companies, though she spends most of her time in London. Dos Santos owns real estate in Dubai and Monaco, among other lucrative destinations, and has been pictured at exclusive celebrity events alongside celebrities such as Paris Hilton and Nicole Scherzinger.

What has dos Santos said?

Dos Santos has denied all wrongdoing.

The allegations are "extremely misleading and untrue," she said in a statement on January 23.

"This is a very concentrated, orchestrated and well-coordinated political attack, ahead of elections in Angola next year," the statement said. "It is an attempt to neutralize me and to discredit the legacy of President dos Santos and his family."

Dos Santos described herself as a "private businesswoman" who had worked for 20 years to build successful companies, "creating over 20,000 jobs and generating huge tax revenue for Angola."

In an interview with Reuters earlier this month, the embattled entrepreneur said Angola's President Lourenço was engaged in a "very selective witch hunt that he is portraying as a fight against corruption."

Dos Santos is also taking legal action against what she labels as "inaccurate defamatory reports," according to a tweet dated January 25.

She has toured media outlets giving interviews in January, though she did not make an anticipated appearance at the World Economic Forum's Annual Meeting in Davos, Switzerland, last week.

But a new venture for dos Santos could be on the horizon – this time away from the sphere of business. Earlier this month, in an interview with Portuguese TV channel RTP, when asked whether she would contest the Angolan presidency next year, she replied, "it's possible."