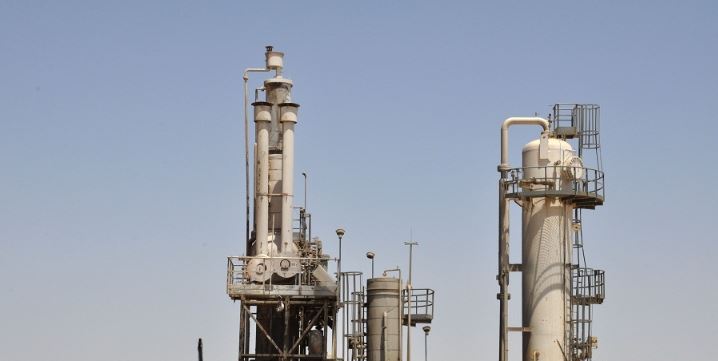 A picture taken on July 9, 2017 shows Syria's Arak gas field, 35 kilometres (20 miles) northeast of the ancient city of Palmyra, in the central province of Homs, a few weeks after it was retaken by government forces from the hands of jihadists of the Islamic State group. (Photo: AFP)

The gas field was discovered in 2010 in the Mediterranean Sea and contains about 500 billion cubic meters of natural gas.

Leviathan has four production wells, from which the gas flows to a pipeline measuring hundreds of km long.

The gas field gives Israel's energy economy a much-needed redundancy in the sources of natural gas, enabling the export of natural gas to the neighboring countries Egypt and Jordan and even Europe, according to the ministry.

"This is a festive day for Israel, an extremely important macro-economic and geopolitical event," said Israeli Minister of Energy Yuval Steinitz.

"Thanks to the development of Leviathan, Israel's citizens will earn tens of billions of dollars in the next 25 years," he added.

Notably, the start of the gas flow was accompanied by objections from environmental organizations and residents living near the shore, but the Israeli court rejected their petitions and allowed gas flowing.