On March 1, ISY music festival had its grand opening in Haiyue Plaza located in the heart of Sanya, Hainan Province. 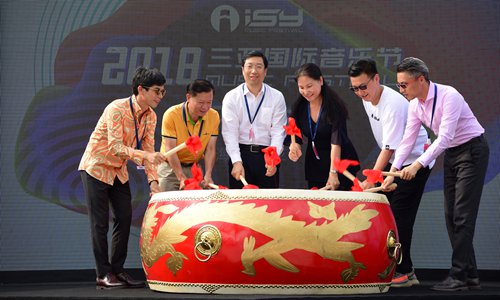 Xu Zhenling, deputy mayor of Sanya; Bai Mudi, general manager of Zhong Min Culture and Ma Le, president of All Talent Asia Entertainment Ltd. attended the opening ceremony. Dozens of media representatives from all over the country were also present.

ISY music festival is a world-class event, funded by Sanya, Zhong Min Culture and All Talent Asia Entertainment, illustrating the vitality and charm of Sanya as an "international tourism island."

Sanya has used all of the intrinsic advantages of its tropical location and government support, to create the first independent music festival in China, combining Chinese and foreign talent to bandwagon a world cultural trend.

There were seven performances lasting over two hours and a parade from the Haiyue Plaza to Phoenix Island along Sanya Bay. The ISY music festival is just the beginning of municipal activities and has caused excitement around the city. 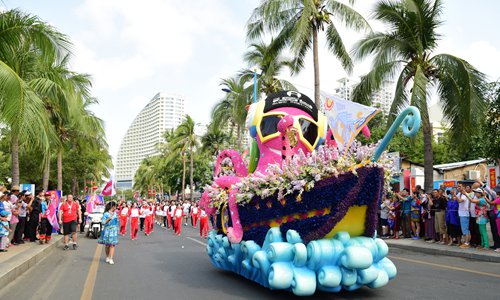 "The parade combines the ethnic culture of Sanya with a Latin dance show, bringing Chinese and Western culture together," said Bai.

"We will pass love and blessings to everyone in Sanya through this festival."

"The event is passing love and blessings through flower deliveries to fill all of Sanya with love," Bai said.

The festival started on March 1 and ended on March 3. On stage, were more than 100 world famous bands and artists. The combination of Chinese traditional culture and such musical performances is unique to Sanya and hard to find in the rest of the world.

It will grow to be a world-famous musical event. Moreover, with the help of government and enterprises, a large music theme park is being built for the festival.

"ISY music festival is the first independent international music festival created by the government and enterprises, which will endow the city with new character and encourage more tourists from home and abroad fall in love with Sanya, driving the internationalization of Sanya," said Xu,

"ISY music festival will not only be a brand new start for innovation in Sanya's tourism industry, but also a cultural  meeting between China and other countries and regions in the world. It is important for Sanya's future cultural tourism development and tourism supply-side reform."