BUSINESS It is baseless to allege China planting spies in Alibaba: China's Embassy in Belgium

It is baseless to allege China planting spies in Alibaba: China's Embassy in Belgium 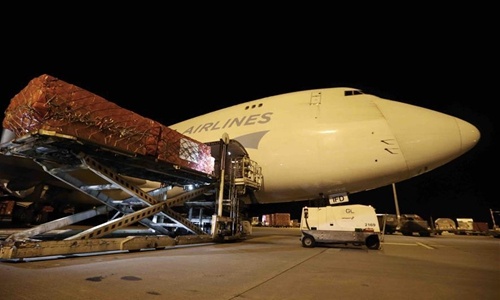 The allegations against Alibaba by some Belgium politicians and media outlets which linked the company to China's intelligence services are "baseless" which is aimed to promote "China threat", China's embassy in Belgium said in a statement.

The statement noted that certain Belgian politicians and media institutions take normal cooperation between the two countries as China's potential "threats" to Belgium, by suggesting them related to so-called "spying".

"Such comments are a rip-off of the 'China threat theory' and would mislead the Belgian public as well as causing a negative impact on Chinese companies' reputation in Belgium…We express strong dissatisfaction and firm opposition to such defamation on fabricated charges," read the statement.

The statement emphasized that the Chinese government has always asked Chinese enterprises to obey local laws and regulations when they carry out business overseas, and never has China requested its companies engage in activities that violate local laws.

It also stressed that China and Belgium are all-round friendly partners, and that China has never posed any threat to Belgium.

The statement was released after some overseas reports cited Belgian Justice Minister Vincent Van Quickenborne as saying that Liege hub, which is based at the Liege Airport in eastern Belgium and is operated by Alibaba's logistics unit Cainiao, may allow access to sensitive areas of the air terminal by Chinese intelligence services.

Quickenborne even alleged that Alibaba was required to open positions within the company to Chinese intelligence agents.

The statement also clarified that it's common international practice to protect national security by means of legislation. "The outside world should understand the National Intelligence Law objectively and thoroughly, instead of interpreting it out of context," the statement said, adding that some people have tried to use the intelligence law as an excuse to crack down on Chinese companies, which is nothing but a method to interfere in economic practice with political means.

Cainiao declined to comment when contacted by the Global Times on Sunday.