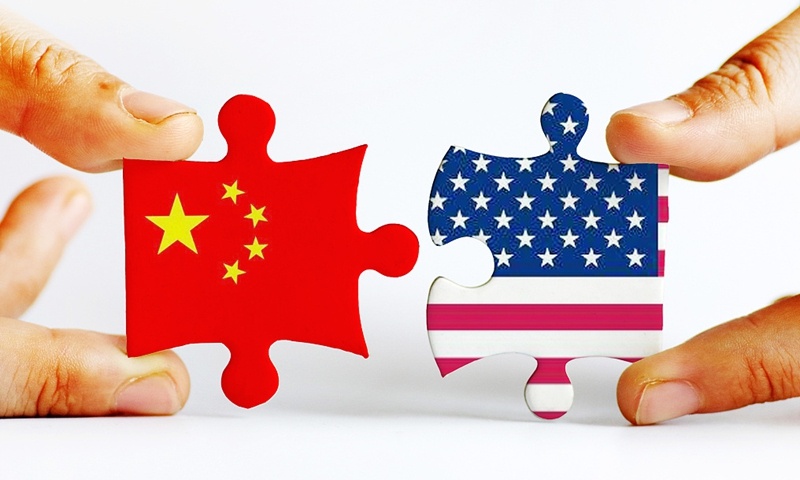 The top diplomats from China and the US have completed three rounds of testy but helpful talks in Alaska over the weekend. The high-level strategic dialogue, closely watched by the world, was initially thought and hoped to disperse lingering tensions and reset fraught relations between Washington and Beijing.

After an hour of public verbal jousting and bickering before media cameras, the meeting yielded a candid conversation that lasted far longer than originally planned, according to some mainstream US media reports. The meeting is expected to help the two major powers to get to know each other better and avert misgivings and misunderstandings.

The dialogue, if held at agreed intervals in the coming months, could be deemed as a sign that the two economic and political heavyweights could at least avoid further deterioration in their ties after four years of damage caused by Donald Trump administration, both in economy and in bilateral relations.

It is good and important for the two countries' leading diplomats to discuss and exchange opinions on how to lead and pursue regional and global affairs and governance. This can be done through understanding each other's core interests and avoid crossing the "red lines" of each other's side, or deliberately provoking an ugly tussle over them.

It is also useful for the two countries' senior officials to treat each other as equals and with respect. Just like Chinese top diplomat Jiang Jiechi stated in Alaska that the US should not talk to China or any other country in a "condescending and domineering manner."

Some analysts assert that the rocky start of the dialogue could lead to poor future talks between the two countries. Even though the finger-pointing may poison the atmosphere of the dialogue, both sides should keep a sober mind and focus on finding a common ground to deal with challenges like global climate change, rampant pandemics and the threat of weapons of mass destruction.

China is serious about repairing and improving the China-US relationship, a relationship that was severely damaged by the Trump administration, causing much uncertainty for the world.

But two months into office, the Biden administration is still sticking with Trump's hardline policies: imposing and accelerating financial sanctions on Chinese officials, continuing to consider Huawei, ZTE and other Chinese high-tech companies as a danger to US' national security, and taking up Trump's effort to accelerate the Quad clan of the US, Australia, India and Japan to encircle and gamble against China.

During the opening remarks of the heated dialogue in Alaska, US secretary of state Antony Blinken wanted to lecture China on American-style democracy and human rights, and he got a direct rebuttal from his Chinese counterpart.

Yang said that China doesn't think "the overwhelming majority of countries in the world recognize the universal values advocated by the US, or that the opinion of the US represents international public opinion." He added that "the rules made by a small number of people in the West should not serve as the basis for the international order." In addition, State Councilor and Foreign Minister Wang Yi said that now it is time for the US government to give up interfering in China's internal affairs.

Blinken and US national security advisor Jake Sullivan tried to play up US' position by listing how many allies the US has, but they were shocked by their Chinese counterparts' frank narrative. The wrangling and blunt rebuttal, overwhelmingly supported by ordinary Chinese people at home, is an indication to the world that China won't be coerced by the US any more.

It was the previous Trump administration which tried to push the bilateral relationship to the precipice. From economic and technology decoupling, military containment, to skirting on abandoning the one-China principle, the Trump administration went too far by destroying the very fundamentals of the two countries' ties. In contrast, China has been exercising maximum restraint, saving the China-US relationships from the perilous path of a new cold war.

With or without the US, China is poised to grow. And the genuine economic and trade partners of China will continue to benefit from the country's huge dynamic market. If the politicians in Washington continue to engage in the blame game, demonizing and smearing China on the world stage, China will just ignore them, leaving them bickering and waning in strength.

A country which spends tens of billions on defense while its infrastructure decays, debates on whether to put on masks during a pandemic as the virus kills more than 520,000 of its citizens, with extreme economic gap between the rich and the poor that the rich people revel while the impoverished queue up at the street food banks for miles, can hardly point its fingers at China. It's better to learn a little from Confucius, and for the good of the US, cooperation is the only way.