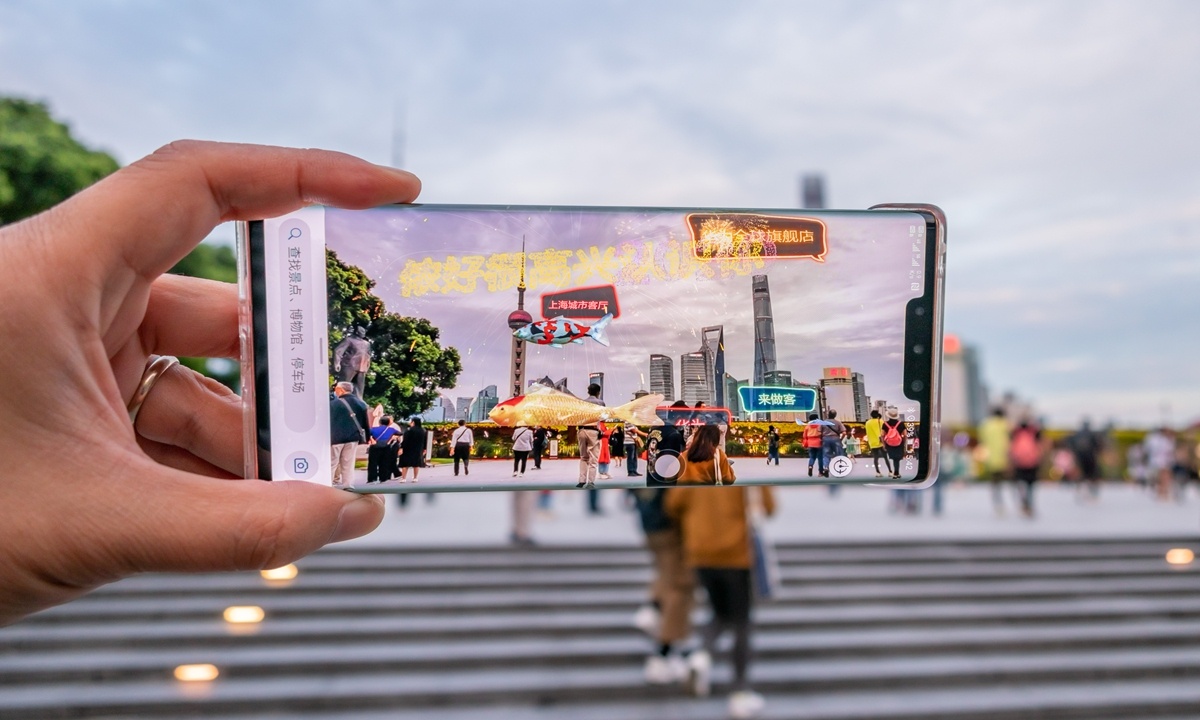 A Shanghai resident goes sightseeing using the augmented reality map function of a Huawei smartphone. The function acts like an intelligent tour guide by identifying sites along the road. (Photo: cnsphoto)

However, according to experts, the move does not necessarily reflect a hardened stance in Europe, and countries like Italy may well adopt a warmer attitude toward closer cooperation.

According to media reports, Italy's decision to bar Huawei from supplying 5G equipment to Fastweb, the Italian unit of Swisscom, was made on Thursday. Fastweb had previously chosen Huawei as the only supplier.

Italy had closer economic and trade cooperation with China, compared with countries like Sweden, Ma Jihua, a veteran industry insider and a close follower of Huawei, told the Global Times on Monday, and so far Italy has not followed Washington's call to exclude Huawei from its 5G network.

"Italy's reported move is more a result of its domestic political chaos rather a hostile attitude toward Huawei," Ma said. "It has been friendly with China." In July, Huawei said that it was still working with Telecom Italia, an Italian telecommunications company, despite being left out of a deal to supply 5G equipment.

Compared with Italy, Huawei has a relatively lower market share in Sweden, according to Ma. The Swedish Post and Telecom Authority banned Huawei and ZTE from gaining access to its 5G networks earlier this month.

"Sweden's move may be aimed at pleasing the US instead of having any true meaning," Ma added.

Huawei has denied Sweden's claim, saying that it's "shocked and disappointed" at the 5G ban, adding that it hopes the government of Sweden will reevaluate its decision.

Even inside governments like that of Sweden, which have taken a more hostile stance toward Chinese companies, views seem to be split on Huawei. A source familiar with the matter told the Global Times on condition of anonymity that some Swedish politicians were shocked at the decision, and some of them had previously showed opposition to the ban.

"Sweden should have maintained a neutral position against US pressure, especially after Swedish telecom gear maker Ericsson won the bulk of 5G equipment orders from China's three telecom carriers," the source noted.