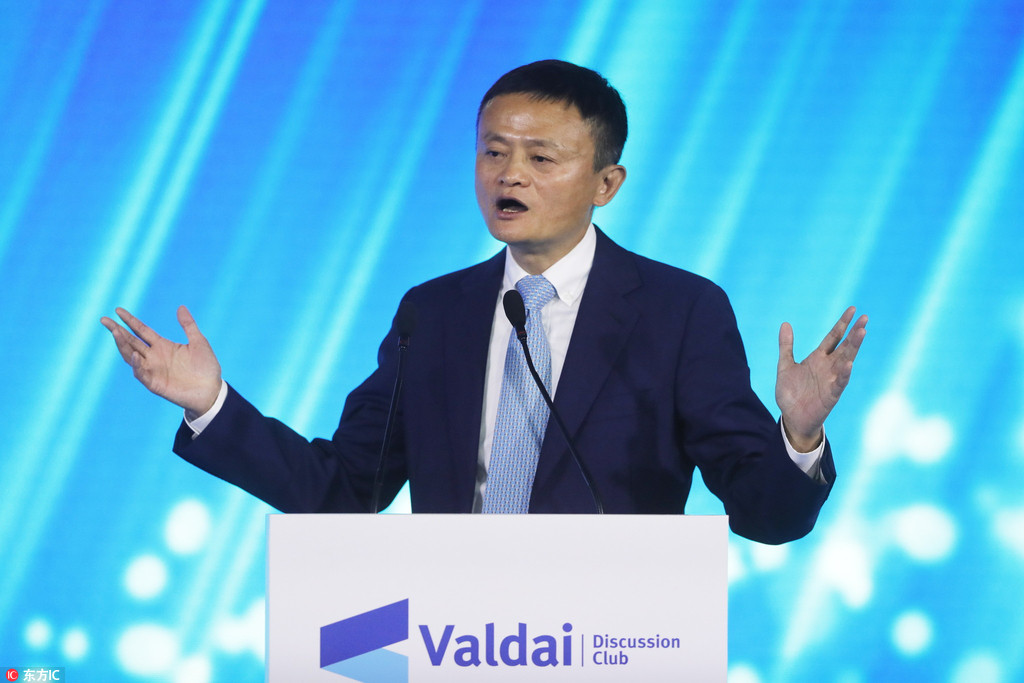 OCTOBER 19, 2017: Alibaba Executive Chairman Jack Ma speaks at a plenary session titled "The World of the Future: Moving Through Conflict to Cooperation" as part of the 14th annual meeting of the Valdai Discussion Club in Sochi.(photo/DFIC)

Alibaba founder Jack Ma said the e-commerce giant wants to work with young Russian scientists and engineers, adding that every visit to the country makes him feel more and more confident in Russia.

“Yesterday I went to Moscow University, and I had a wonderful time with the young people. I see their anxiety, I see their creativity and the imagination young people from Russia have,” he said speaking at the Valdai Club discussion panel in Sochi.

The businessman said Russia is becoming more comfortable with the development of science and technology.“We think Alibaba should join forces in developing Russia,” he said.

Ma also said data technology is currently replacing information technology, stressing that governments across the world should pay more attention to people under 30.“We are entering a new world, and very few people really understand how powerful it is, how revolutionary it is… The world is shifting from IT to DT. DT is not the digital time it is data time. Digital time is an upgrade version of IT. DT is totally different from IT,” he said.