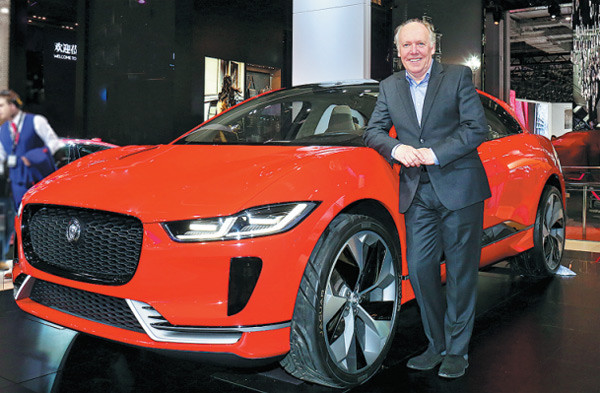 Ian Callum, Jaguar's design director, at the Shanghai Auto Show on : the concept I-PACE, the marque's first pure electric model, which will hit the Chinese market on April 7, 2017. (Photo: File)

BEIJING, Jan. 1 (Xinhua) -- Jaguar Land Rover will recall 68,828 vehicles in China due to an engine safety hazard, according to the national quality watchdog.

The recall was filed by Jaguar Land Rover China to the State Administration for Market Regulation.

Crankshaft bearings on the cars may experience earlier-than-expected wear and tear and even break under extreme conditions, causing engine stalling.

The automaker will check all affected vehicles and replace defective parts free of charge.