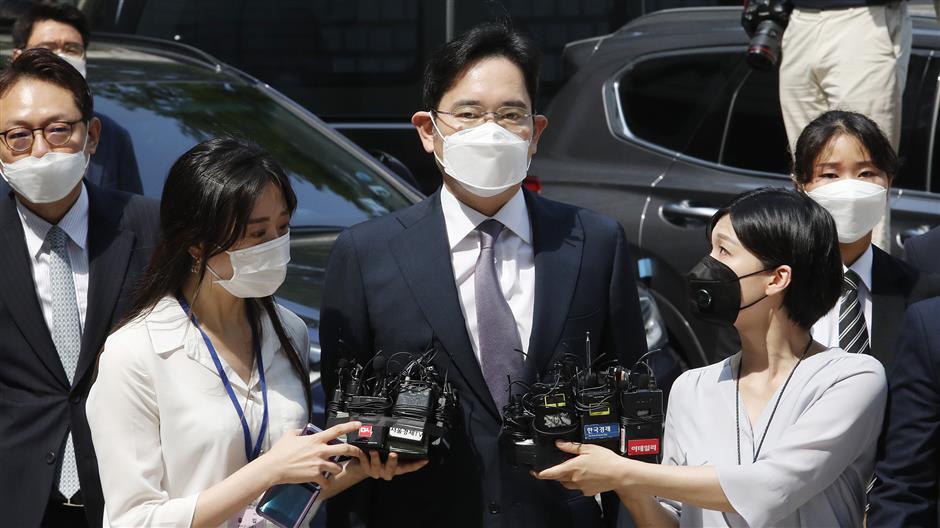 Jailed Samsung heir Lee Jae-yong was granted parole on Sunday by South Korea's justice ministry and will leave prison on August 13, according to Yonhap News Agency.

"The decision to grant Samsung Electronics vice chairman Lee Jae-yong parole was the result of a comprehensive review of various factors such as public sentiment and good behavior during detention," the ministry said in a statement on Monday.

Justice Minister Park Beom-kye announced that Lee will be among 810 inmates to be released at 10 am Friday in celebration of the August 15 Liberation Day. The South Korean government has used the national holiday to grant paroles or special presidential pardons for national unity.

The ministry considered "the country's economic situation and the conditions of the global economy amid the prolonged COVID-19 pandemic," as factors behind the decision, Park said in a briefing.

Convicted of bribing a friend of former President Park Geun-hye, Lee, 53, has served 18 months of a revised 30 month sentence. He initially served one year of a five-year sentence from August 2017 which was later suspended. That court decision was then overturned and while the sentence was shortened, he was sent back to jail in January this year.

The decision was fiercely protested by civic groups and welcomed by Samsung Group and other business leaders.

The Federation of Korean Industries, a big business lobby, said in a statement that it welcomed the decision to grant Lee parole.

"If the investment clock, currently at standstill, is not wound up quickly, we could lag global companies such as Intel and TSMC and lose the Korean economy's bread and butter at a moment's notice."

Earlier this month, many civic groups issued a joint statement, opposing Lee's parole and saying that such a decision would run counter to the anti-corruption drive of the Moon Jae-in government, Yonhap reported.

Lee still needs the justice minister to approve his return to work as the law bars persons with certain convictions from working for companies related to those convictions for five years.

The minister said no decision had been made on the restriction.