A Japanese court approved prosecutors' request on Sunday to keep Nissan's former chairman Carlos Ghosn in detention for another 10 days. 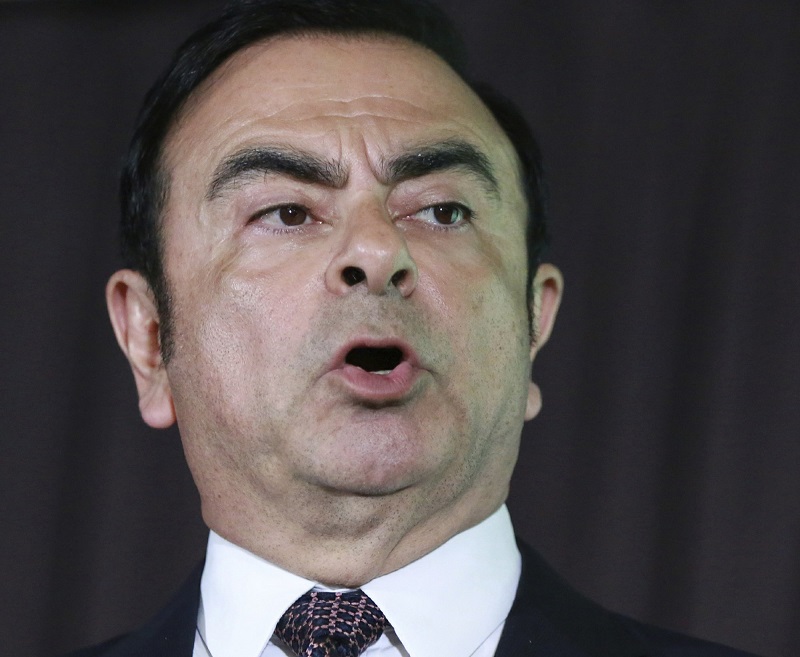 Then Nissan Motor Co. President and CEO Carlos Ghosn speaks during a joint press conference with Mitsubishi Motors Corp. in Yokohama, near Tokyo on May 12, 2016. (File photos: AP)

The Tokyo District Court said that the approval is for prosecutors to investigate further his third allegation of breach of trust for causing Nissan a loss of 1.8 billion yen ($16 million) in 2008.

The latest allegation filed Friday only applies to Ghosn and came a day after the court rejected prosecutors' request for a longer detention of Ghosn and Kelly. Kelly's bail request filed by his lawyer on Friday is still pending and could come sometime after Christmas.

Prosecutors allege that Ghosn in 2008 transferred a private investment loss worth more than 1.8 billion yen ($16 million) to Nissan by manipulating an unspecified "swap" contract. Ghosn also profited by having the automaker transfer a total of $14.7 million to another company to benefit himself and that company's owner, who helped in the deal, prosecutors said. Japan's NHK public television said the company owner is a Saudi Arabian acquaintance of Ghosn who provided credit guarantee of several billion yen (millions of dollars).

Ghosn, according to his lawyer Motonari Ohtsuru who visited him at the detention center earlier Sunday, denied the allegation, saying he did not cause any damage to Nissan, NHK reported. The lawyer quoted Ghosn as saying that his Saudi Arabian friend contributed significantly to Nissan's sales promotion, including lobbying for the royal Saudi family, and that the payment was for his work for Nissan, not Ghosn's thank-you money for his private investment.

The arrest of an industry icon has triggered international attention. Prosecutors have been criticized for separating the same allegation of violating the Financial Instruments and Exchange Act as a tactic to detain Ghosn and Kelly longer. They say Ghosn and Kelly are flight risks. No trial date has been set.

The additional 10-day detention imposes meeting restrictions, according to the court. Ghosn is allowed to see nobody else but his lawyers and embassy officials because of his "rearrested" status in the new allegation under Japanese code of criminal procedure.

The scandal also raised concerns over the Japanese automaker and the future of its alliance with Renault SA of France.

Ghosn's downfall is seen by some as a maneuver by others at Nissan to gain power in the alliance.

Renault in 1999 sent Ghosn to turn around Nissan, then on the verge of bankruptcy, and he led its rise to the world's second-largest automaker.

Nissan has dismissed Ghosn as chairman and Kelly as a representative director since the allegations were made. Nissan has put off a decision on Ghosn's replacement.