TOKYO, Oct. 7 (Xinhua) -- Japan downgraded its assessment of the economy for August for the first time in four months, the government said in a report on Monday. 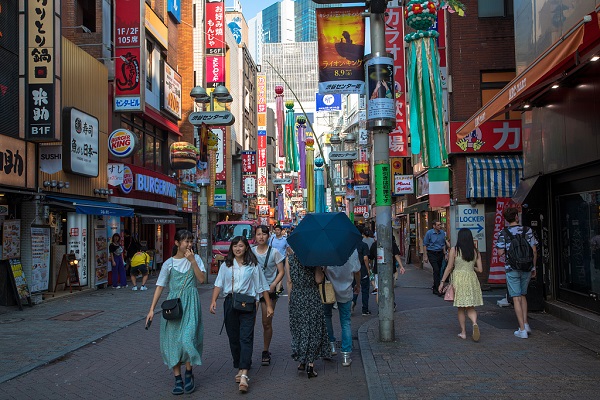 According to the Cabinet Office, its coincident index of business conditions for August fell 0.4 point from a month earlier to 99.3 against the 2015 base of 100, marking the lowest level since September 2016.

The office's assessment of the economy, based on the coincident index for the reporting month, was that it is "worsening," the most negative of the government's terminology used for its economic assessments and an indication of a possible recessionary phase.

Data for August showed that Japan's factory output, employment figures and shipments had all been weak, missing median market expectations and raising concerns that along with last Tuesday's consumption tax hike from eight to 10 percent, the nation could have fallen into recession.

In addition, the leading index of business condition, which forecasts the trend in the coming months, slumped 2.0 points from a month earlier to 91.7 in the reporting period, the Cabinet Office said.

This reading marks the lowest level since November 2009 and could, according to economists, be a harbinger of further recessionary pressure to follow.

This is in light of consumption tax-linked falling consumer and business spending, as the government continues to grapple with deflation amid ballooning social welfare costs as a result of the nation's rapidly aging society, economists here said.