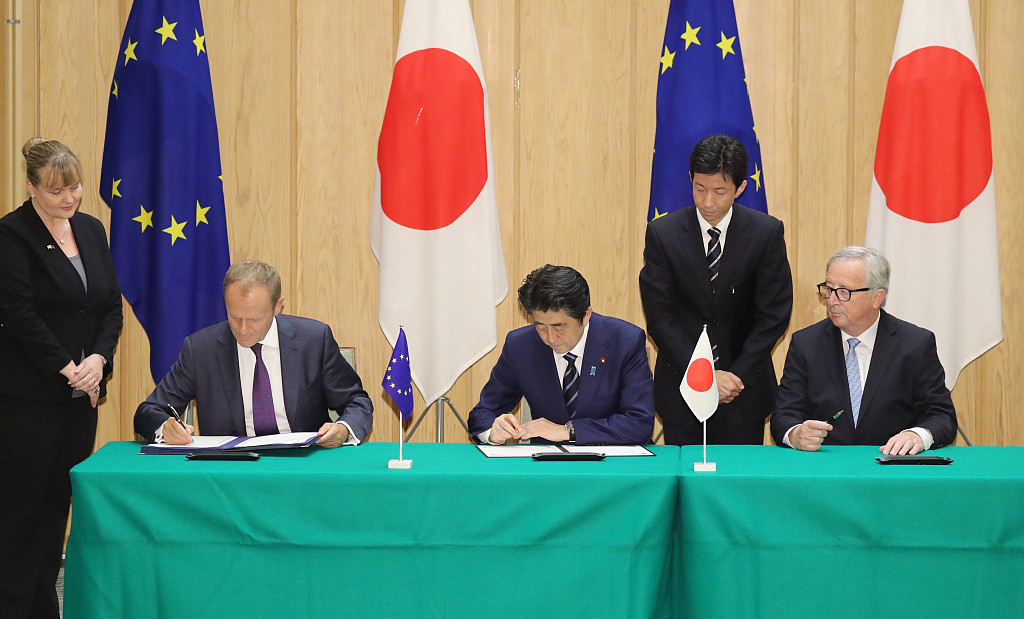 The Economic Partnership Agreement (EPA) between the EU and Japan enters into force on Friday. The Japanese government hopes the EPA will give impetus to economic growth and help fight protectionism.

Japan and EU will become one of the largest free trade areas in the world with a combined population of 600 million. Their economies account for a third of global GDP and 40 percent of trade volume.

Under the agreement, Japan and EU will scrap tariffs on most goods immediately or in a phased manner, paving the way for simpler and faster trade. Some 99 percent of the tariffs that EU applies to Japan and 94 percent of those applied by Japan will be removed.

This will sharpen the competitiveness of Japanese cars and electronics. The EU currently imposes a 10 percent tariff on Japanese cars. Under the agreement, it will lower this to zero in February 2026.

It is estimated by Japan that the EPA will bolster its GDP by 5 trillion yen (about 45.9 billion U.S. dollars) on an annual basis and generate 290,000 jobs.