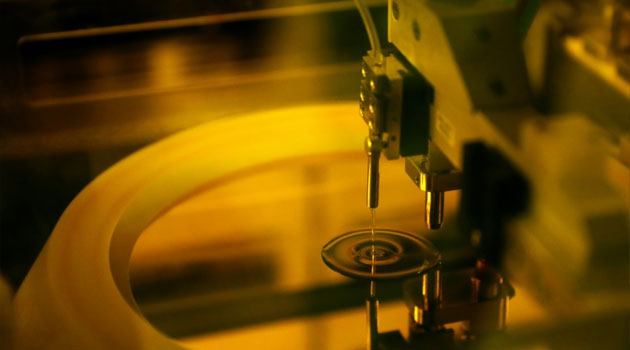 The Japanese government ordered the more stringent approval process for shipments of photoresists and other key chemicals as relations with its neighbor and fellow U.S. ally deteriorated due to issues related to forced labor during World War II.

It said the move is viewed as an "explicit breach of international law, including World Trade Organization regulations."

Japanese officials insist the decision to end preferential treatment for such exports to South Korea was required because of a lack of trust that poses a risk to national security.

Yoo Myung-hee, minister for trade at South Korea's Ministry of Trade, Industry and Energy, said the revised rules not only hurt ties with Japan but also might disrupt global supply chains.

"Japan's move to impose stronger export restrictions based on an arbitrary claim of 'damaged trust' fully goes against the spirit of the (international arrangement) to control exports of strategic commodities," Yoo said in a meeting with trade and technology industry officials on Thursday.

She said the Japanese measures go against both WTO rules and an agreement called the Wassenaar Arrangement, a 42-country arms-control pact aimed at governing weapons trade and the dissemination of sensitive technologies that can be used both for civilian and military purposes.

Japan and South Korea both are members of the pact, which requires that export restrictions should not be directed against a specific country and also not impede "bona fide civil transactions," the ministry said.

The ministry earlier said the Seoul government plans to file a complaint with WTO over the Japanese measures.

"The measure is an irrational economic retaliation and goes against common sense," Kim said. "It's very regrettable (that the measure went into effect)."

A Japanese government spokesman reiterated Tokyo's insistence that the tighter controls were needed on national security grounds, even though officials have not given any examples of specific problems.

South Korean tech company LG Display said it's not affected by the Japanese trade restrictions. But officials from Samsung Electronics, the world's biggest maker of memory chips and smartphones that competes closely with LG for the top spot in displays, and SK Hynix, another major chipmaker, said the companies were assessing the potential impact to their businesses.

The export restrictions on fluorinated polyimides, which are used in organic light-emitting diode (OLED) screens for TVs and smartphones, and photoresist and hydrogen fluoride, which are used for making semiconductors, will not have a major impact on South Korean companies.

Analysts said Samsung and SK Hynix both have sufficient supplies of the materials for now, given the slowdown in demand for semiconductors. The trade curbs may give them a chance to reduce their chip inventories and negotiate better prices, said Kim Yang-jae, an analyst at South Korea's KTB Investment and Securities.

One concern is that Japan might expand the restrictions to include other key semiconductor materials, such as wafers and "blank masks," which are also predominantly produced in Japan, Park Yu-ak, an analyst from South Korea's Kiwoom Securities, said in a report Thursday.

Japanese companies account for more than 50 percent of the world supplies for wafers, which are used in both memory and non-memory chips. A supply disruption of blank masks, manufactured by Japanese companies such as Hoya Corp., would hurt the South Korean companies' plan to strengthen their non-memory production, Park said.

In January-May, 94% of South Korea's imports of fluorinated polyimide and 92% of its imports of photoresist were from Japan, according to a report by Moody's Investors Service, which cited data from the Korea Trade Association. Samsung Electronics and SK Hynix accounted for 73% of the global DRAM market and 40% of the global NAND market by revenue in the first quarter of 2019, according to market researcher DRAMeXchange.