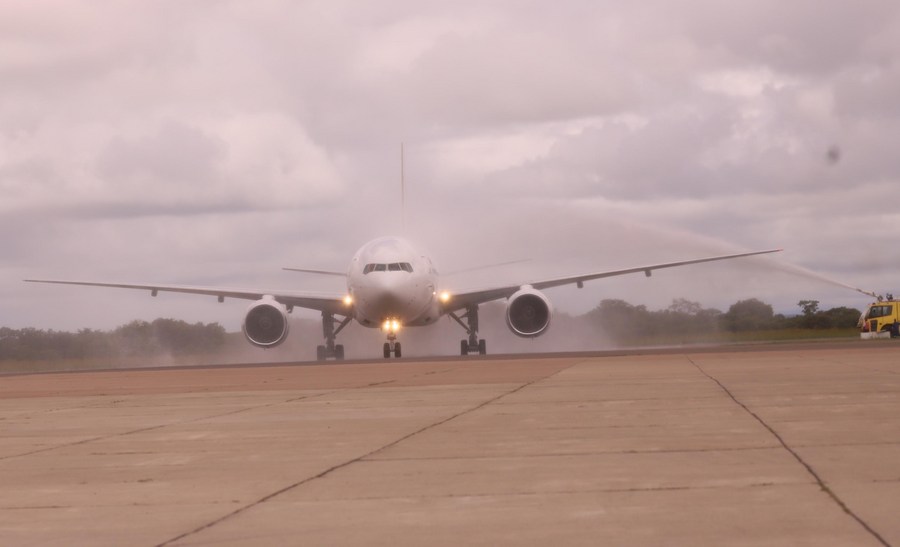 The transport ministry here was alarmed when a Boeing 777 jet engine failed shortly after the plane had taken off in the United States. The United Airlines' Boeing 777-200 aircraft, on a flight from Denver, Colorado, lost large engine parts that fell onto a residential area. The plane managed to land safely, local officials and media reports said.

The transport ministry's order to halt operations of Boeing 777s was given to All Nippon Airways, which has 19 Boeing 777 jets with the same type of engine among its fleet, and Japan Airlines which has 13 of the jets.

While the ministry ordered the carriers to ground their Boeing 777s until checks and other measures are being carried out, both companies said other models would replace them and regular flight schedules would remain unaffected.

In December last year, after a Japan Airlines Boeing 777 was forced to make an emergency landing due to engine damage at Naha airport in Japan's southernmost prefecture of Okinawa, the transport ministry ordered Japanese airline companies to increase inspection work on all of their Boeing 777s.

The ministry is also working with the U.S. Federal Aviation Administration and gathering information on the incident.