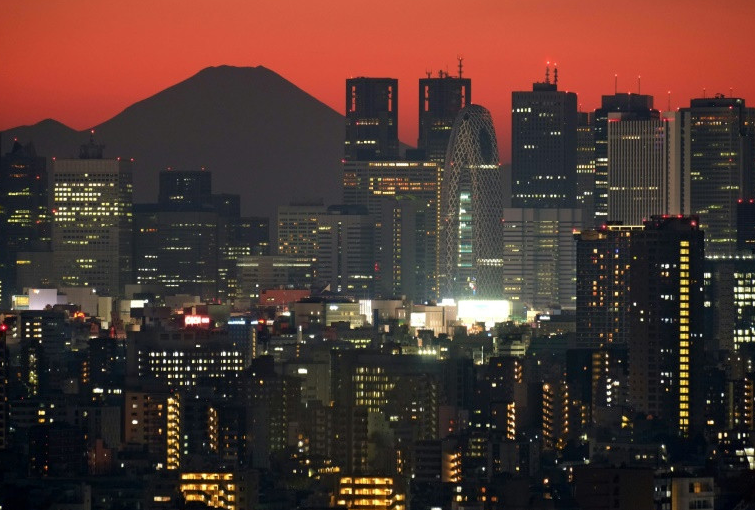 Japan's unemployment rate in November dipped to its lowest level since November 1993, official data showed Tuesday, offering another sign that the world's third-largest economy is on track to recovery even if the pace is slow.

Figures released by the government showed unemployment stood at 2.7 percent last month while the jobs-to-applicants ratio improved slighty, up 0.01 percent from the previous month to 1.56 in November -- the highest level in almost 44 years.

The latest data come as Japan has notched up seven straight quarters of economic growth -- the longest positive run for 16 years -- with the upcoming 2020 Olympic Games giving the economy a shot in the arm.

"Japan's economy is expected to keep expanding through the first half of next year," Masaki Kuwahara, senior economist at Nomura Securities, told AFP.

Confidence among Japan's biggest manufacturers is also at an 11-year high, a key central bank survey showed earlier this month, as the world's number-three economy picks up pace.

However, consumer spending has remained weak and deflation continues to stalk the economy.

Japan has battled deflation for many years and the central bank's ultra-loose monetary policy appears to be having limited impact.

Other data showed Tuesday that Japan's consumer prices rose for the 11th straight month in November, but inflation was still far from the Bank of Japan's (BoJ) two-percent inflation target seen as crucial to revive the world's third-largest economy.

The core inflation rate was a 0.9 percent rise year-on-year in November, according to data published by the internal affairs ministry, far below the two-percent target set by the BoJ.

Market consensus was a 0.8 percent rise, according to data compiled by Bloomberg News.

When the volatile prices for fresh food and energy were stripped out, prices rose by even less -- 0.3 percent, the ministry said.

November household spending -- seen as key for exiting deflation -- expanded 1.7 percent from the same month a year earlier -- much stronger than market consensus of a 0.5 percent rise.

Household spending had remained flat in October after falling by 0.3 percent in September and rising by 0.6 percent in August.

Strong household spending in November "may be a reaction to the weak October figure that had reflected" bad weather at the time, Kuwahara said.

"But as shown in the low unemployment rate and the number of jobs expanding, the labour market conditions are favourable and household income keeps gradually rising," he said.

But he warned strong inflation without sufficient rise in wages "hurts domestic demand, having negative impact on the economy".

Japan's weak inflation stands in sharp contrast to other major economies whose central bankers are looking to wind up their easing policies.

The US Federal Reserve last week announced a widely expected quarter point rate hike, and US policymakers have forecast another three rate hikes in 2018.

Meanwhile, the European Central Bank has announced it would halve its massive bond purchases from January as the eurozone recovery gathers pace, allowing the Frankfurt institution to begin winding down its crisis-era stimulus measures.